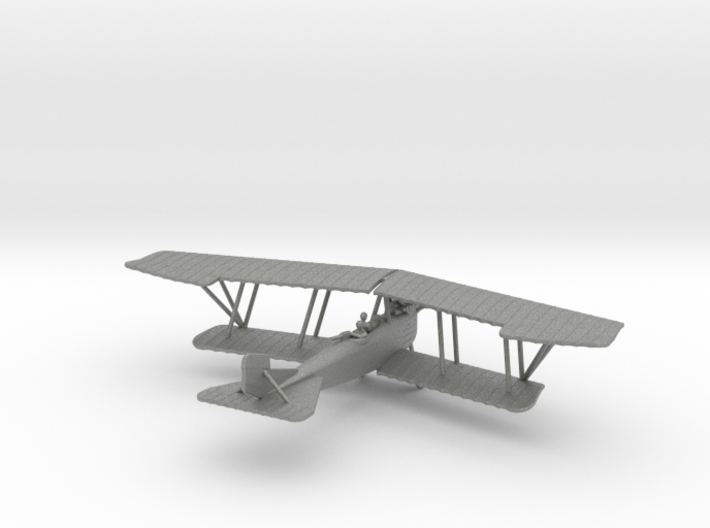 The last of Lohner's Pfeilflieger (arrow flyer) designs, with their characteristic sweptback wings, was the Lohner B.VII of 1915.  The first of them were delivered in August 1915 and it was used for both observation and bombing.  In early 1916 some of them were enhanced by an observer's machine gun on a pivot mount.   Also known as the "Type J", the B.VII was built in three series:  the Series 17 with the 150hp Daimler engine, the Series 17.3 with the 160hp Daimler, of which 16 were built.  Finally nine of the older models were rebuilt with the larger engine and observer gun as the Series 17.8.

This model comes in 1:144 and 1:285/6mm/1:288 scales and both armed and unarmed varieties.  The 1:144 model depicts an armed B.VII with its full engine cowling; the 1:288 product has two aeroplanes (one armed, one unarmed) and translucent, detachable propeller disks. They are joined by a disposable link to keep the price down, since single-part models are more affordable.  You can break the link with nail clippers, wire cutters, or similar. 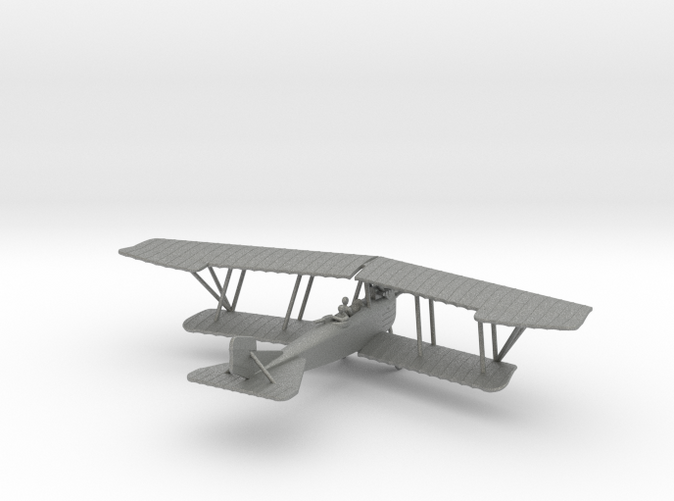