All in all, the Sabre was a very good and capable warship design, an ideal complement for the Novas and a quantum leap in respect to the older designs, Artemis but even Hyperions. from many points of view, and taken into account the technical progress, a Sabre is a very valid warship still today, and the excellent Lupo Class Frigates are, from every point of view, the updated equivalent of this project, and have well proven the validity of the concept.
So, the question could be: what went wrong? Literally, everything except the ship.

In first, in the aftermath of the war, a program of shipbuilding for something like 1200 or more medium warships, and the scrapping of units that have, indeed, shown a good operational capability, was very difficult to propose to the public and to the new politic majority emerged in the elections of the 2235, more than favourable to reduce the military expenses, grown very high in the decade before the Dilgar war.

There were more factors that were heavily leveraged by the opponents to the program: the weapon system of the ship, totally new and, by the way, excellent, had two "original sins": all the direct energy wepons were based upon alien technologies, being the plasma bolters a development of the Dilgar pulse technology and the antiship spinal laser a development of an Hyach weapon, while the other components of the offensive arm of the ship, railguns and missiles, were ordnance based weapons, and the Dilgar Campaign was logistically complex and enormously expensive due to the high consumption of missiles and, in a lesser measure, of railgun impactors.
The missiles were a real problem: during the fightings, the EA ships fired their missiles in ripples or volleys, to saturate the enemy defences and overcome their electronic warfare, and the consumption of ordnance was enormous: after the surrender of the Dilgars, the depots of Earthforce had missiles left to sustain not more than a couple of months of fighting. To mass produce the Sabres implied to produce two and an half or three missile reloads for each ship, and each reload was 40 pieces, so, overall something like 100,000 expensive, cumbersome, heavy antiship missiles, with their fusion warheads.

The Sabre was put under fire from every side: by the press, that branded her as a replica of Dilgar and LONAW systems, (both of the technolgies branded of having "lost the war"), concepts "recovered from the scrap and the relics of the battlefield". The Sabre as a whole was deemed to be too expensive for a "recycled product", or too cheap to be a really valid unit. She received the broadsides of the Ministery of Defence, for the relevant use of ordnance dependant weapons, by the new politicians, worried to issue nuclear tipped missiles in so large number to a military structure in which they had no thrust, too much popular after the triumphs of the Dilgar war: there was even an extremely strong and effective lobbying activity, mostly of the Karmatech Industries, that was menaced to be excluded from the military procurement by the Rocketdyne Shipbuilding Venture consortium, ready to become the Prime Contractor for the whole frontline of the Navy: dreadnoughts (Nova), carriers (Avengers and Dauntless), landing ships (Tarawa), and medium units (Sabre). The ties of Karmatech with the press and with many political exponents allowed the lobbysts to leverage every single potential point against the new design, and the Sabre was doomed.

The Rocketdyne, that was capable to crank out more than 400 Novas in ten years, and 108 of them during the Dilgar war, yet convinced of the success of its new creature, had made significant investments not only in terms of research and development, but even for the Yards and the assembly lines, and with her even the subcontractors for the weapon systems, that invested heavily to present fully functional systems: Westinghouse (heavy pulse bolters and interceptors) and Raytheon (missiles and E-Web), and, in a lesser measure, Oto-Melara (railguns), General Electric (reactors and power systems), Selenia-Marconi (Laser) and Dell (sensors, Integrated tactical system and computer network) paid the price until the last drop of blood.

What were the real consequences? Well, the military research and a large part of the production capabilites fell in about ten years of coma, and to resuscitate them quickly under the pressure of the Minbari war was impossible: only in the last months of war the shipyards were capable to produce something signifacnt (too little, too late); whole sectors of the technology were dead and buried (the firsts antiship missiles and missile equipped starfuries were available for use only on the last day of war, at Io and at the Line, in a risible quantity, and, overall and even in relation with the whole military budget reduction, the Navy faced the Minbari in a shape, and with quantitative and qualitative levels, below the ones of the mighty structure that defeated the Dilgars. 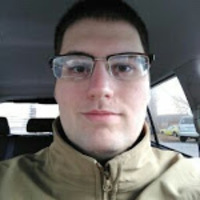