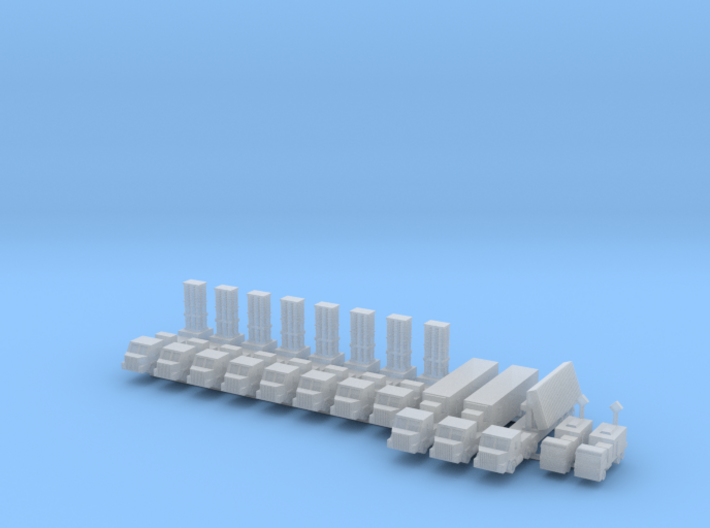 This version has been corrected to fix an issue with the rear wheels. This kit is in 1/700 scale. It includes 8x Arrow 2 Launchers, 1x EL/M-2080 Green Pine RADAR, 2x Communications Trucks and 2x Command Trailers. They are connected as a single sprue by a wire under the individual vehicles. Once the wire is cut the vehicles do not require and finishing.

According to Wikipedia: "The Arrow or Hetz is a family of anti-ballistic missiles designed to fulfill an Israeli requirement for a theater missile defense system that would be more effective against ballistic missiles than the MIM-104 Patriot surface-to-air missile. Jointly funded and produced by Israel and the United States, development of the system began in 1986 and has continued since, drawing some contested criticism. Undertaken by Israel Aerospace Industries (IAI) and Boeing, it is overseen by the Israeli Ministry of Defense's "Homa" administration and the U.S. Missile Defense Agency." 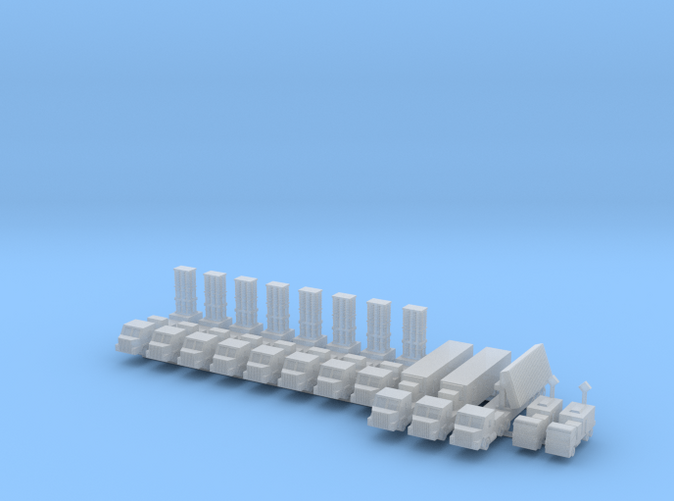 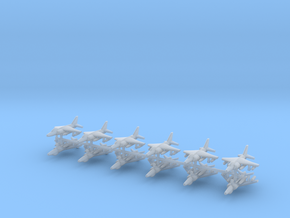 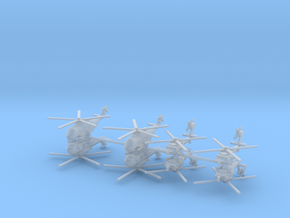 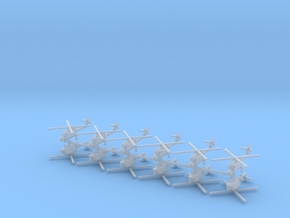