When they needed a ship for the TNG episode "The Pegasus" that was partially materialized in solid rock, Rick Sternbach designed a new ship based on parts from the Enterprise-C (Ambassador class). Unfortunately, due to budget limitations, they ended up using an Oberth class (USS Grisom from Star Trek III). You can read about this here at memory alpha. I used the sketch there as a basis for this kitbash. It is scaled to exactly match the MicroMachines Enterprise-C from Galoob (which is at approx. 1/8500). I also added a socket for the Attack Wing pegs. This new model was made using parts of a much more detailed Ambassador Class. I removed two of the phaser strips at the underside as they did have only a limited firing arc now with the nacelles in the way. Instead i added two smal strips to the nacelle pylons and one at the underside of the engeneering section. Furter i changed the impulse engines. Personally i like to think that this is the mirror universe ISS Pegasus that endet up in the same asteroid after testing the same interphasic cloak when the test failed. Also in my oppinion, this perfectly serves for the Ambassador class what the Miranda is for the Constitution class and what the Nebula is for the Galaxy class. I also did a version with a sensor pod like on the Nebula.

Be aware that the price for Detail Plastic Shapeways calculates for this includes a per file and a per part fee. You only have to pay the per part fee for this when I combine this with one or more items in Detail Plastic. So ask me to combine all the items you want to one single file to get it cheaper.

If you need this in another material, size, quantity or combined with one or more of my other parts for cheaper printing, just let me know. I will try to make it as you need. 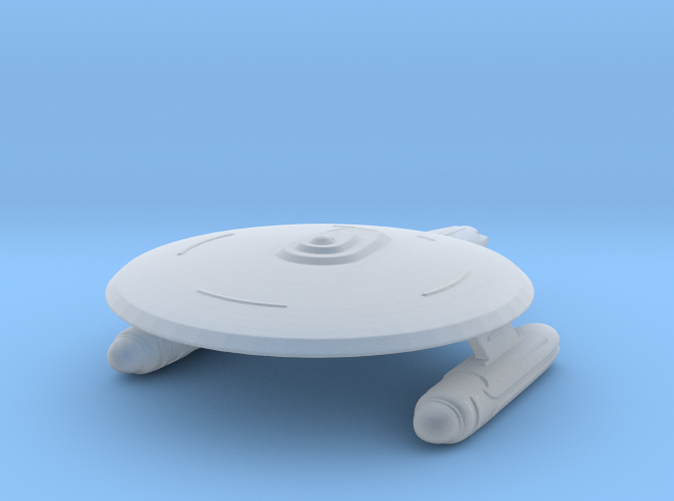 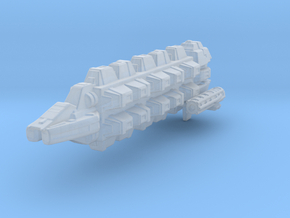 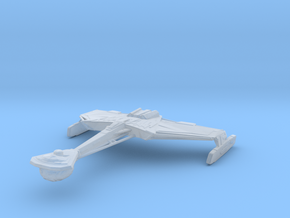