Taller13
$38.39
3D printed in treated for a matte black finish and textured with visible print lines.

The Axolotl as the Mexican Walking Fish, though the Axolotl is not a fish but an amphibian, a salamander, part of the order Caudata/Urodela.

Because it's a salamander, it's part of one of the three branches of class Amphibia, which also includes the frogs and toads (the Anurans), and the mainly eel-like order, Gymnophiona, which are also known as the Caecilians. One common misconception is that axolotls and other salamanders are lizards or reptiles. In fact, amphibians are a completely separate group of animals. For example, did you know that reptiles and human beings have a four-chambered heart? Well amphibians have only three chambers. That's just one example of how appearance can be deceiving: salamanders might look like lizards, but they are very different indeed.

Despite its endangered status, the use of the Axolotl as a laboratory animal should ensure the species survival, if only in captivity. It has long been known that the Axolotl is a worthy study due to its amazing healing and regeneration abilities.

The Axolotl is a fascinating creature for a number of reasons, including its grotesque appearance, its ability to regenerate, and primarily the fact that it exhibits the phenomenon known as neoteny. Ordinarily, amphibians undergo metamorphosis from egg to larva (the tadpole of a frog is a larva), and finally to adult form. The Axolotl, along with a number of other amphibians, remains in its larval form throughout its life. This means that it retains its gills and fins, and it doesn't develop the protruding eyes, eyelids and characteristics of other adult salamanders. 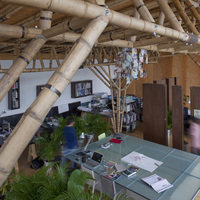