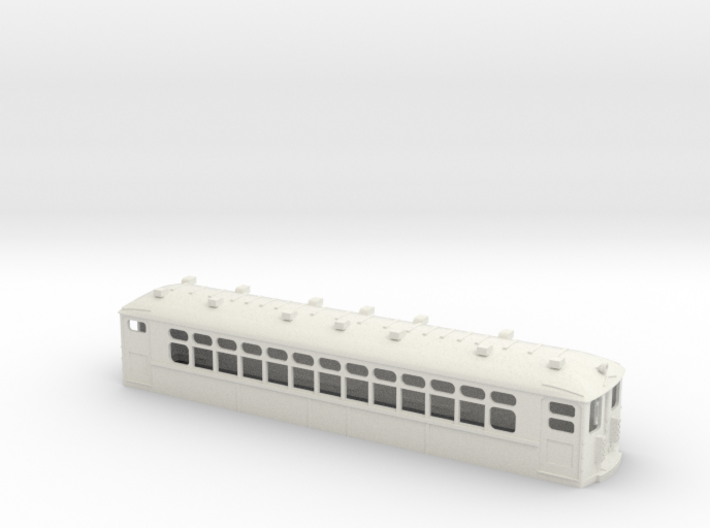 This is an HO Scale (1/87) model of a Chicago Transit Authority 4000 series "Plushie" steel rapid transit car built by Cincinnati Car Company between 1922 and 1924 for the CER/CRT. This model specifically represents the 4000 series cars following rebuilding in the mid-1950's by the CTA. The cars had a trolley pole removed from the #1 end, had safety glass installed on the end windows, door windows, and upper sash windows, and had their door controls simplified. They were also semi-permanently connected to another car, often in consecutive numerical order. The 4000's in this configuration were in revenue service from about 1955 to 1973 and work train service for a number of years afterwards. 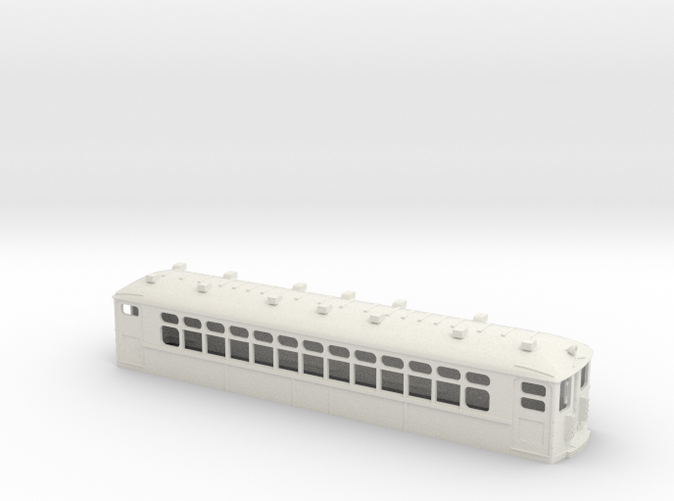 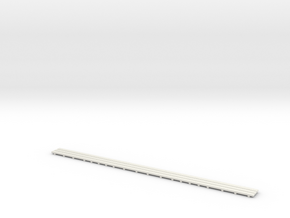 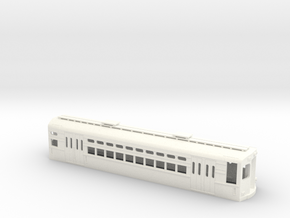 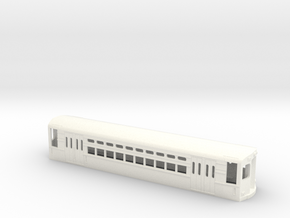 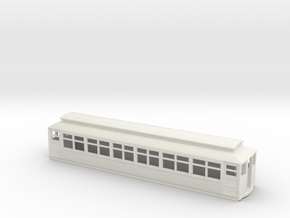