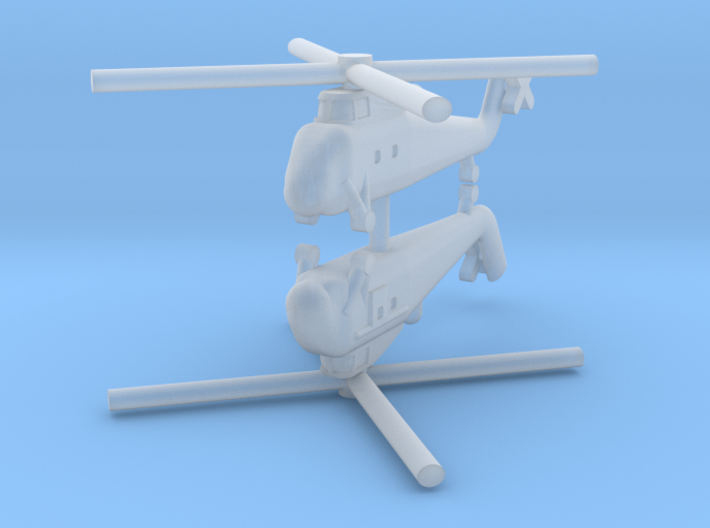 This model is in 1/700 scale. The aircraft are unarmed. The 2x Wessex HAS.31 aircraft are connected as a single sprue by a wire under the body of the aircraft. Once the wires are cut the model does not require finishing.

According to Wikipedia: "The Westland Wessex is a British-built turbine-powered development of the Sikorsky S-58 "Choctaw", it was developed and produced under license by Westland Aircraft (later Westland Helicopters). One of the main changes from Sikorsky's S-58 was the replacement of the piston-engine powerplant with a turboshaft engine; the Wessex was the first helicopter in the world to be produced in large numbers that made use of a gas turbine propulsion system. Early models were powered by a single Napier Gazelle engine, later builds used a pair of Rolls-Royce Gnome engines." 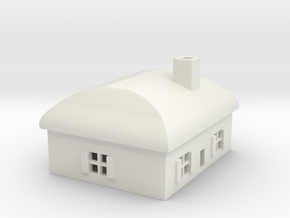 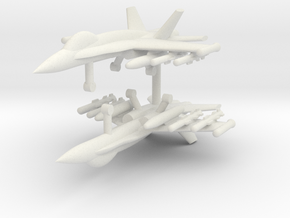