NOTE:
Combine with other Stormwave items (elbows, gauntlets, ...) to build the model you want.
Model for experienced users as it need some work to fill gaps and fit seamlessly the model.
Some model has some sprues to be removed carefully.
Surface finish can be smoothed with sandpaper and/or a thick paint layer.

UPDATE July 2019:
Updated (reduced while rounded) prices for both versions. Expect a future $0.50 increase when I will put a better fitting version in the future.

UPDATE April 2019:
- New prices on Shapeways impacts the cockpit cover, as it cost less to print that the minimum Shapeways wants. Since buying the closed or opened version will then cost the same to print, I will put the open version as default model.
And I will try to design some extra customization parts with the cockpit cover to better justifying the additionnal price.

UPDATE November 2018:
- Opened the ability to print in Professionnal Plastic (Black and Gray). Untested, but this was from customer demand.
- Due to Shapeways price policy change in October, price of items may change in January. Expect a price increase to $9 or $10 without taxes. 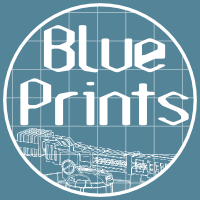