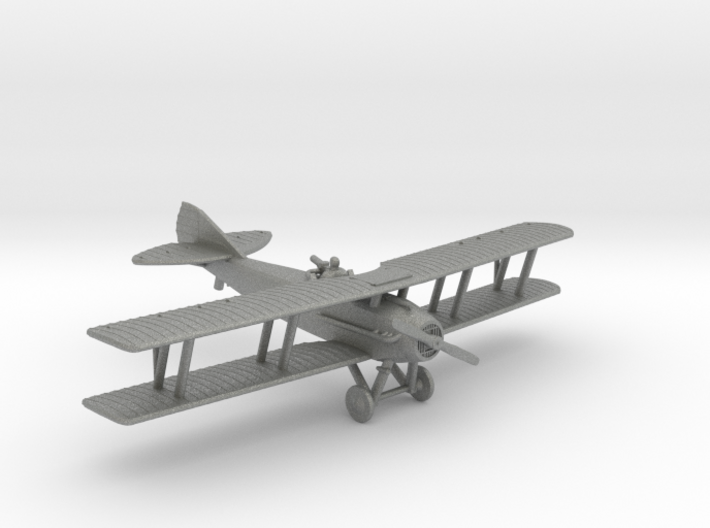 Adapting the successful SPAD 7 design to the two-seater "C2" specification resulted in the SPAD 11. It was not maneuverable enough to be a fighter, though, so it was relegated to escort duty and army cooperation. While it was nowhere near the Salmson 2 or Breguet 14 in capabilities, large numbers were built to replace obsolescent A.R. and Sopwith Strutter escadrilles. While they were gradually replaced (usually by the SPAD 16) starting in mid 1918, a few were still in service at the Armistice.

Slow production of the Hispano-Suiza engine slowed production, and it wasn't until spring-summer 1918 that they arrived in numbers, only to start into retirement and replacement by the French in July. Thirty-five were acquired by the American Expeditionary Force where they were used from February 1918 until replaced by Salmsons in June. Three escadrilles of the Belgian Aviation Militaire kept theirs until the Armistice.

This product comes in both 1:144 and 1:285/6mm/1:288 scales.  The 1:285 version contains two aeroplanes, joined by disposable links.  They have a detachable propeller disk (rather than blades) that you can use or discard as you prefer.

For details and gaming information on the SPAD 11, see https://linen.miraheze.org/wiki/SPAD_11.