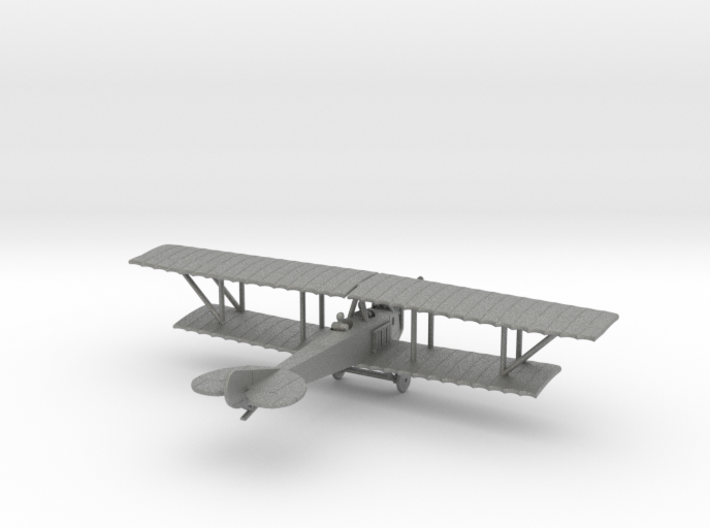 Before the war, Aviatik produces a set of unarmed two-seaters including the P13, P14, and P15, with a variety of minor modifications and either the 100hp Mercedes D.I or the 120hp Mercedes D.II engines.  Retroactively these were renamed Aviatik B.I and B.II airplanes, though it's not clear whether the name was directly associated with the engine type or whether the classification was more ad hoc.  The model depicted here is a P15 model.  Aviatik B-types served from the start of the war and only started to be replaced in mid-1915 by the similar (but armed) Aviatik C.I.  In both the B-types and the C.I, the pilot took the rear seat and the observer sat under the wing.

This model comes in two scales: 1:144 and 1:285/6mm/1:288.   The 1:285 product comes with two aeroplanes, and translucent, detachable propeller disks are included rather than propeller blades.  They are joined by disposable links to keep the price down, since single-part models are more affordable.  You can break the links with nail clippers, wire cutters, or similar. 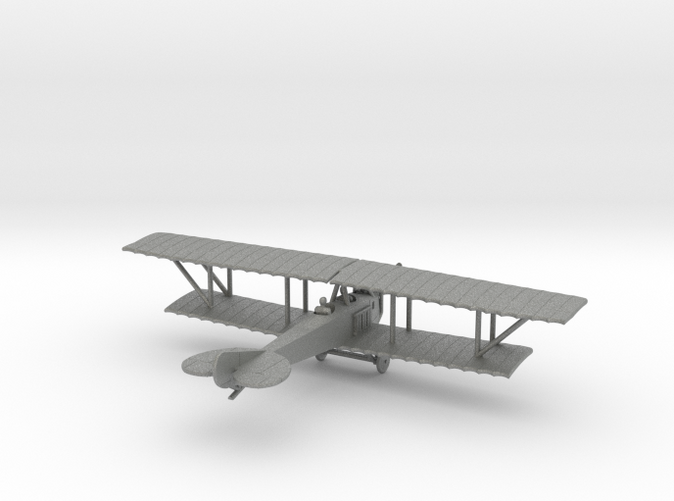