The Walther Gewehr 43 is a semi-automatic rifle feed by an detachable box magazine of 10 rounds, it could be loaded with Kar98k's 5-rounds stripper clip without removing the magazine. The G43 was a part of the semi-automatic rifle program of the Wehrmacht, this programm was ramped up with the apparition of the russian SVT40.
The G43 use the same mechanism than the SVT40, but it have a simplier and sturdier design which make it also lighter. this rifle was reliable and issued mostly to elite troops as the Waffen SS. ZF4 optic could be mounted by a mounting rail on the right side of the gun, making it usable by sharpshooter unit. 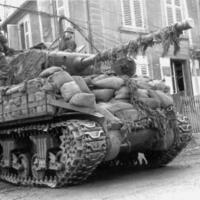