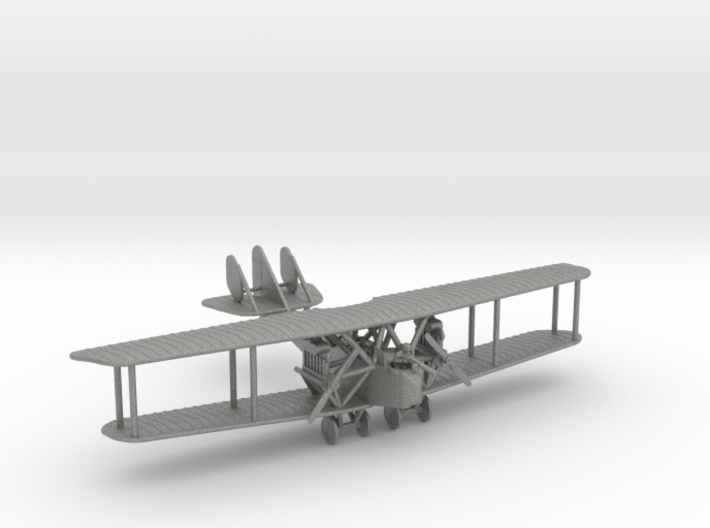 After the single A.E.G. K.I/G.I showed promise, twenty-seven improved G.II's were built.  The plane was the most common German multi-engine bomber from their debut in mid-1915 to 1916 when other models grew in numbers, but there were still G.IIs on hand as late as April, 1917.  The plane was flown by both Manfred von Richtofen and Rudolph Berthold early in their careers, and it saw several modifications during production.  This version sports triple rudders and an unarmored nose, and it comes fully equiped with aircrew.  An alternative model has a single rudder and an armored nose.  The 1:288 product has two planes included. 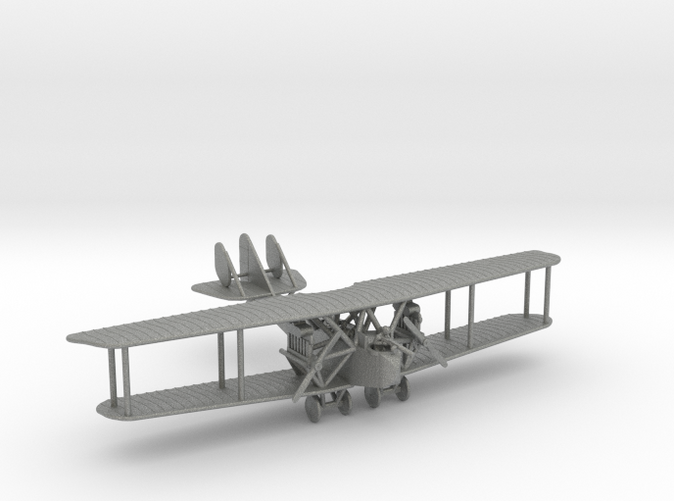