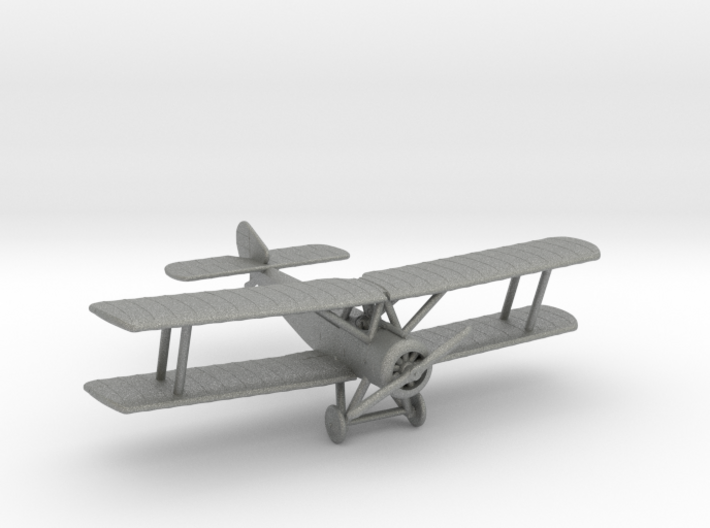 The Sopwith 1½ Strutter was named for its short central struts and single-bay wings. The Admiralty's official name for the one-seat bomber was the Sopwith Type 9700. It was a fairly conventional plane, though the designers had the foresight to place the pilot in the forward seat. The tail pattern would be recognizable on all future Sopwith types, and the angle of tail incidence could be adjusted in-flight as trim control. The center section of each lower wing could be tipped upward to act as air brakes. Perhaps its biggest claim to fame would be that it was the first production British airplane to go to war with a synchronized gun.

This product comes in two scales: 1:144 and 1:285/6mm/1:288.   The 1:285 product contains two aeroplanes joined by disposable links.  You can cut the links with wire cutters or fingernail clippers.  On the 1:285 product, the propeller blades are replaced by removable translucent propeller disks. 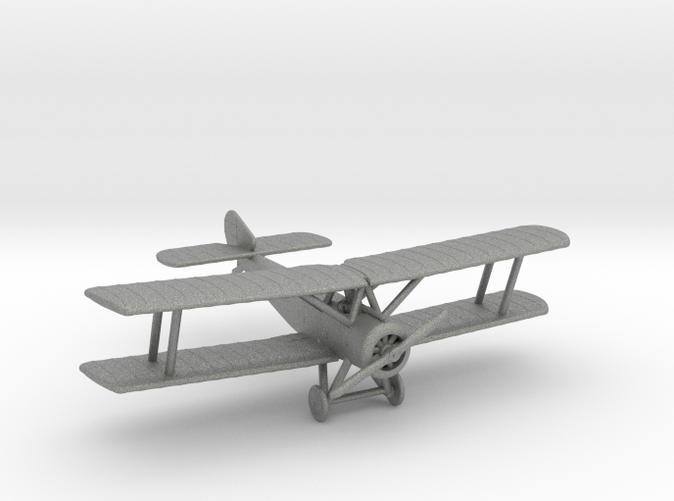