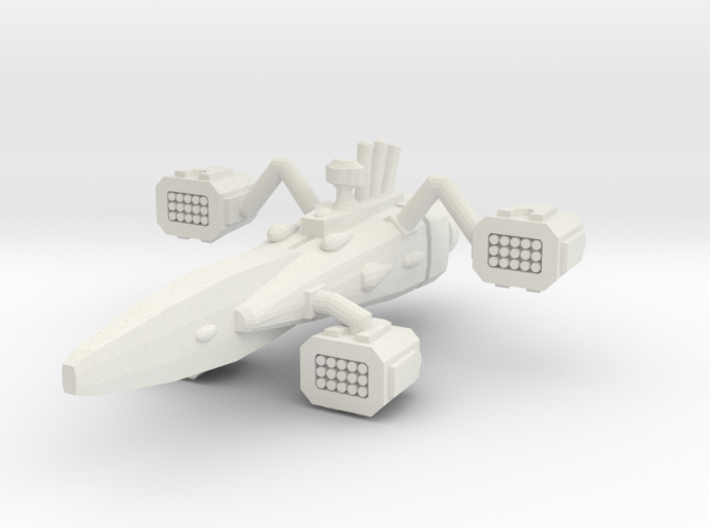 During the SSA's frantic fleet re-building period, one early gap was a dedicated missile ship. Copernicus Amalgamated had already begun work on the CAW-104 Arbalest, but it was still in the design stage. The chairman, Michel Sandworth, a close friend of the SSA head, Victor Vane, was wracking his brains to find a solution, and came upon an old hull design from the very early days of the Syndicate. The CA-18 Tachyon was a prototype design build during the arms race competion between the competing warp-drive and hyperdrive technologies of the time. Concieved as a "racing ship" the Tachyon was meant to showcase the speed at versitity of the warp-drive and the Saturn Syndicate's best technology. Ultimately, it failed in practise, being too ambitious for the current technology.

Sandworth discovered, however, that the internal structure was almost exactly the right size for direct replacement of the drives and power core with existing technology, and even the hull was stressed to the right levels for the SSA fleet's target speed and manouverability. Thus, it would require a great deal less work to re-design to fit a new purpose. The only major problem was the lack of internal space suited for missile launchers, especially with the predominantly augmented nuclear arsenal of the SSA. Sandworth's unconventional solution was to mount a quartet of missile pods on heavily reinforced pylons, external to the ship. This solved both problems, giving it significant missile capability, and the external position meant the pods didn't need to be as heavily radiation-shielded. Further, the pods could be simply detached and replaced as a unit, and could be reloaded at leisure at a starbase.

The Tachyon, now under the new designation CAW-107 Fusillade, had more than enough engine power to take the extra load. The saving in hull space of modern technology also allowed it to be fitted with a foward array of astro-bursters, and a series of light hyper-rays for point- and area-defense. With a quick design cycle, the Fusillade was among the first ships in production of the new fleet, beating out the Arbalest by nearly eighteen months.

Despite it's initial staus as a stop-gap measure, the Fusillade has held up surprisingly well, though it requires a little more maintenance than later vessels. Despite this, it is well-liked by its crews, however, not least because the crew quarters are compartively spacious and comfortable, a legacy of its original civilian design. 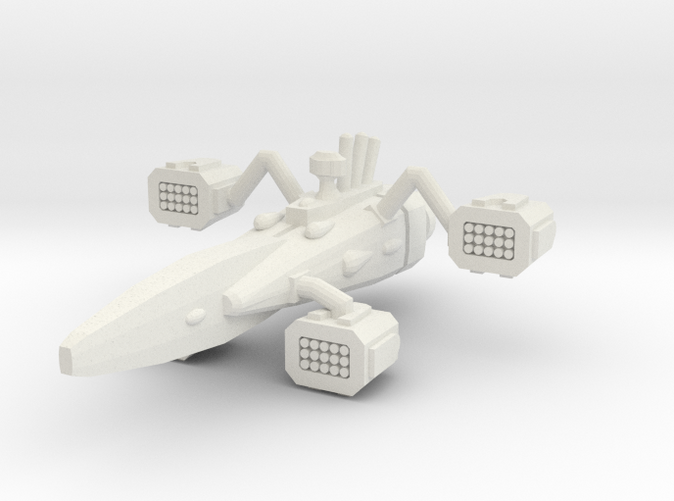 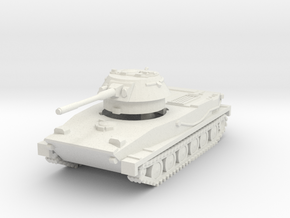 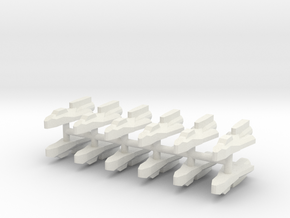