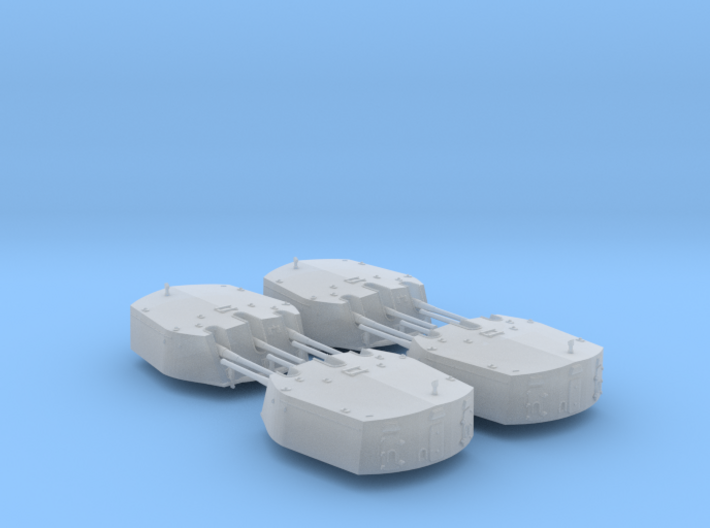 Historical Data:
This weapon was developed as a result of the London Cruiser Conference of January 1929 which restricted cruiser gun size to 6" (15.2 cm). A reliable weapon, although somewhat obsolescent in its use of bag ammunition, manual ramming and manually-operated breech mechanism.

Like many contemporary mid-caliber designs, it was originally planned to use this gun in the AA role. However, again like many contemporary designs, the slow rates of train, elevation and firing made it ineffective in that role. For this reason, later designs dropped the high angle requirement, a decision which also reduced the mounting weights.

The early Southampton ("Town") class cruisers experienced dispersion problems with spreads up to 700 yards (640 m) being recorded. It was thought that air currents set up by the wing shells were affecting the flight of the center projectile even though the center gun was set back to reduce the problems. However, a Professor Hay, who was in charge of the gunnery trials of HMS Newcastle at Shoeburyness in October 1937, theorized that as the cordite charge was much smaller than the chamber, that its burning caused more pressure at the top of the chamber than at the bottom and sides and thus produced an uneven vibration along the gun barrel. Special high speed cameras were mounted in the turret and these showed that some shells were indeed canted at the muzzle which increased the dispersion. As a result, a timing circuit was introduced which delayed the firing of the center gun, thus increasing the shell separation and reducing dispersion.

This gun consisted of an A tube, partial jacket, breech ring and breech bush screwed into the jacket and used a Welin breech-block with a hand-operated Asbury mechanism. If relined with a inner tapered A tube, the gun was then designated as Mark XXIII*. A total of 469 guns of all types were manufactured.

Consideration was given to using this weapon as a heavy field gun, but none were ever used in that role.

The Mark XXIV designation was ultimately given to an Army coastal defense gun having the same performance as the Mark VII*, but constructed with a loose barrel. About 140 of these were built during World War II.

Cleaning Information
Some part cleanup will be necessary. The 3D printing process uses a waxy substance to support certain part features during the printing process. Although the parts are cleaned by Shapeways, some waxy residue may remain.  It can be safely removed with water and a mild aqueous detergent like "Simple Green" using an old, soft toothbrush, Q-tips or pipe cleaners. During the printing process, liquid resin is cured by ultraviolet light.  Microscopic bits of resin may remain uncured.

Let your parts sit in direct sunlight for a few hours to fully cure the resin.

Use dedicated model sprue cutters to remove parts to minimise the risk of damage to parts.
Please take a look at my other items. 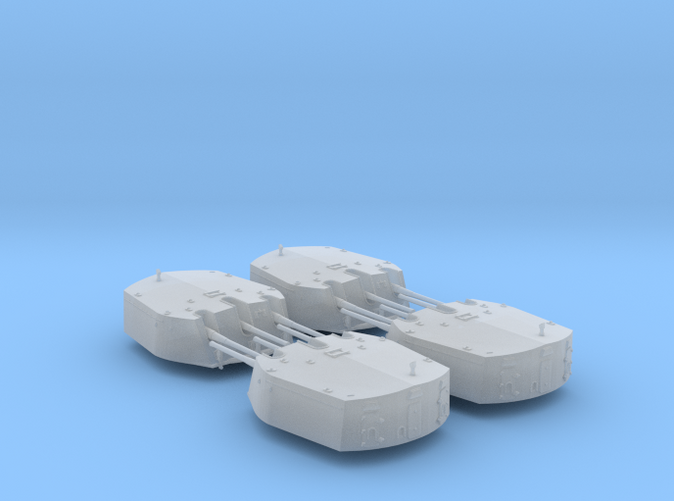