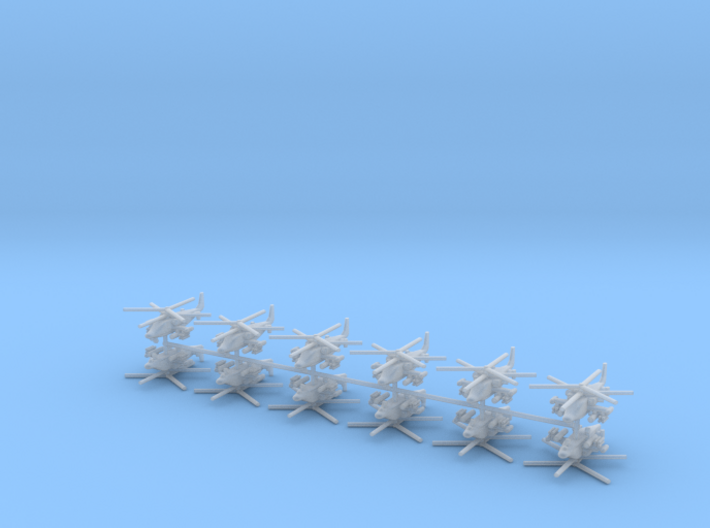 This kit is in 1/700 scale. It includes 12x Ka-50 Hokum Helicopters. Each aircraft is armed with two rocket launchers and eight AT Missiles. They are connected as a single sprue by a wire under the main body of the aircraft. Once the wire is cut the aircraft do not require any finishing.

According to Wikipedia: "The Kamov Ka-50 "Black Shark" (Russian: Chornaya Akula Black Shark, NATO reporting name: Hokum A) is a single-seat Russian attack helicopter with the distinctive coaxial rotor system of the Kamov design bureau. It was designed in the 1980s and adopted for service in the Russian army in 1995. It is currently manufactured by the Progress company in Arsenyev. It is being used as a heavily armed scout helicopter. 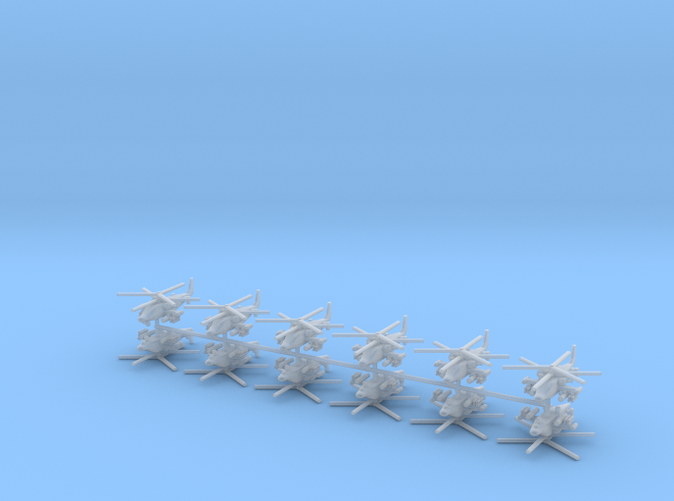 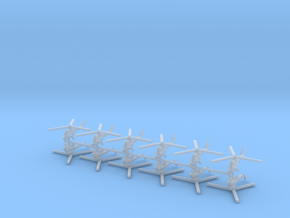 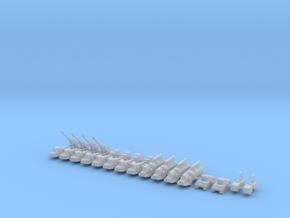 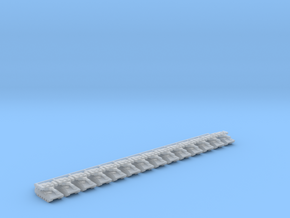 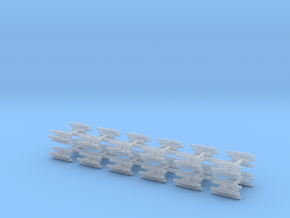