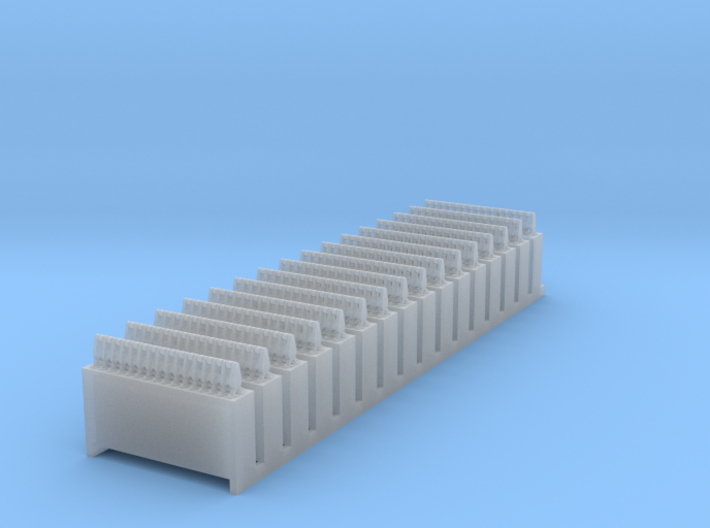 Before electropneumatic switch machines, switches and semaphore signals were controlled from local towers using big levers and an array of pipes and levers.  In the US 1" pipe was the usual material.  They were carried on rollers mounted around 15 feet apart, which is what this model represents.    Operation was limited to about 1000 ft. due to friction.  To throw a crossover you had to really put your whole weight into it.  When the tower was converted to electropneumatic machines, the supports, and possibly the pipes, were often abandoned in place.  This model is intended to be used with 0.011" music wire.  The detail is quite fine and I have only built it in Frosted Extreme Detail.  There are 20 carriers in each set with ways for 15 pipes.  Equalizers and angles may be offered if there is interest. 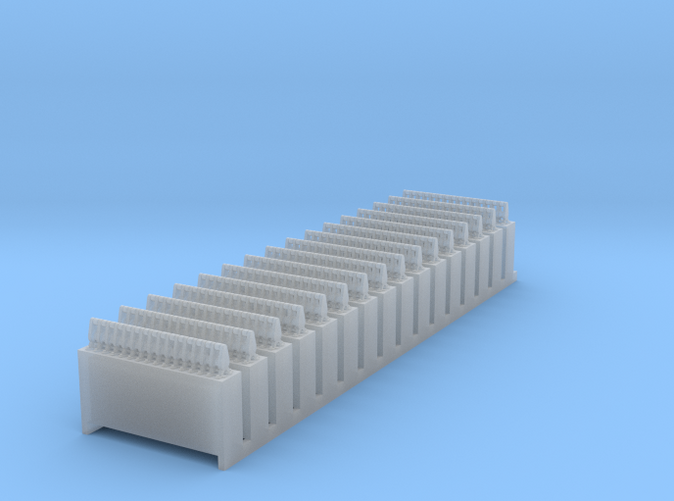 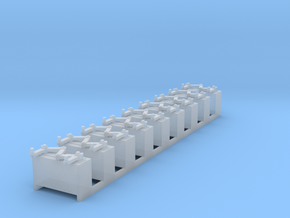 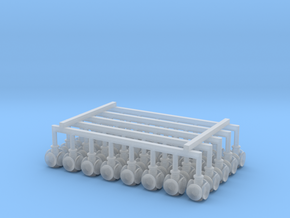 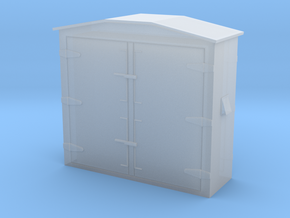 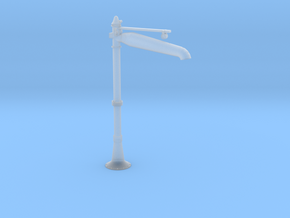