Overview
This is a very small scalemodel of the German 'Kettenkrad'  a small light half-track gun tractor for 1:144 WW2 dioramas.  It was mass-produced during World War II and originally designed to fit inside the Ju 52 aircraft.  The small vehicle was ideal for unrolling telephone cables and transporting heavy loads.  Later in the war they were used as runway tugs for aircraft like the ME262 jet to save precious jet fuel.  2 people could sit in the back.  Link to my other 1/144 models

Features
The model is designed to be printed in 4 parts;
- 2 main vehicles.
- A figure for each vehicle (German driver, one is looking to the right).
- Optional : 2 loose steering wheels if you don't want to use the figures.
- Model is based on blueprints to maximize accuracy.
- Designed and optimized for shapeways to produce it as cheap as possible in 'frosted detail'.

Painting
Before painting, always degrease your model in a glass of lukewarm water and a drop of dishwashing soap (do not use a dishwasher!).  Allow it to dry completely before painting.
Aplie a thin layer of paint, use 'drybrush' techniques to bring the detail alive.  Paint the inside and figures first, before gluing them into the vehicle.  If you don't have a lot of experience; watch multiple 'tutorials' on youtube about painting model vehicles.  You can't rush art, so take your time to finish the model ;).

Scale  1:144
1:144 is a popular scale for aircraft and half the size of 1:72 models. It's a great scale when creating large dioramas with multiple models in one scene, especially if you don't have much space available. You can combine tanks, airplanes, vehicles, buildings... to create an epic historical battle landscape. (Normandy, Battle of the bulge,...)
Also very small diorama's with just one vehicule can be an intriguing 'eye-catcher' on your desk.

Thanks for stopping by & have fun! 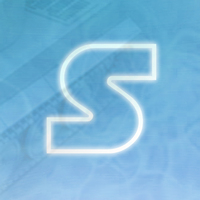