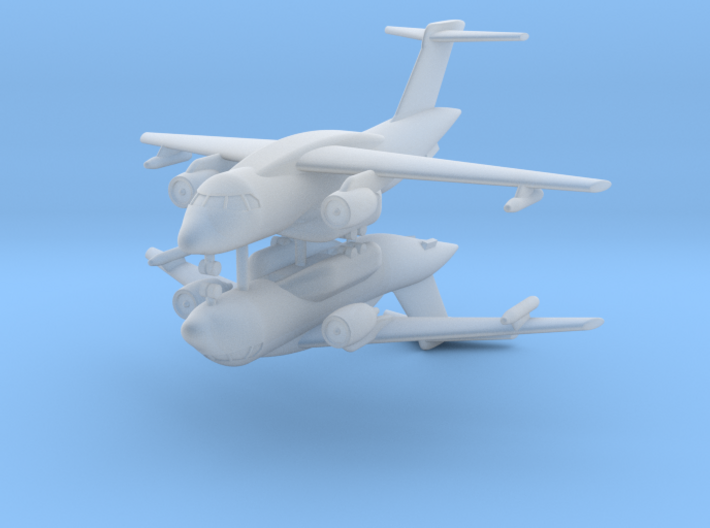 This model is in 1/700 scale. It is designed as a single sprue connected by wires under the main body of the aircraft. Once cut the models do not require any work to finish.

According to Wikipedia:"The Embraer KC-390 is a medium-size, twin-engine jet-powered military transport aircraft under development by Brazilian aerospace manufacturer Embraer. It is able to perform aerial refueling, transport cargo and troops, and to receive fuel in-flight. It will be the heaviest aircraft that the company has made, and will be able to transport up to 21 tonnes (23 tons) of cargo, including wheeled armored vehicles." 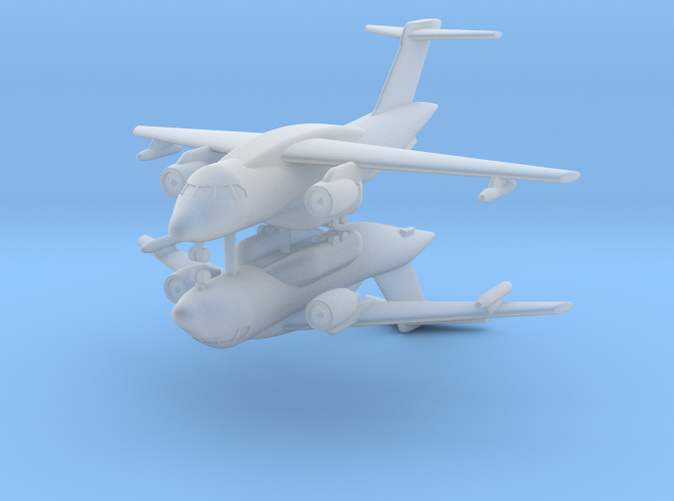 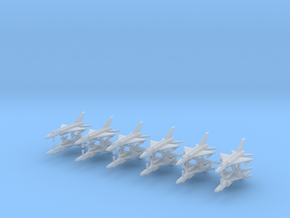