jayfisher
$190.45
3D printed in fully colored material with a coarse finish and a delicate feel.


This set is designed for use in orrery or other models of the solar system, and so to best present all planets while preserving scale, the scale has been compressed - a logarithmic scale instead of a linear scale. This means that if the model of a moon of Jupiter is larger than the model of Mercury but smaller than Mars, then you know that the real moon really is larger than Mercury and smaller than Mars, But the size diference is compressed - Jupiter, which is really more than ten times Earth's diameter, becomes only twice Earth's diameter, etc. This logarithmic scale allows all planets to be clearly visible together, while at the same time still indicating their sizes relative to each other.

What's in the box:
Solar System models - all planets and major moons 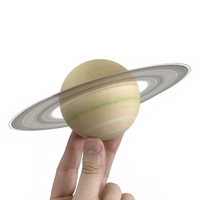 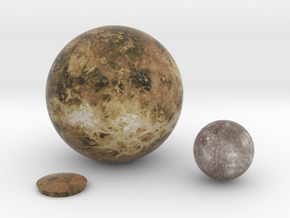