After America's entry into the Great War, there were high hopes that the country's industrial might could be turned to aircraft manufacturing.  Things never go as easily as expected, and the development of a two-seater based on the British DH4 with the 400hp Liberty engine faced repeated delays.   After several delays to both the airframe and engine, Fisher, Standard, and Dayton-Wright built DH4s.  While 1,213 were shipped to France, only 196 saw front-line combat.

Though the DH4 design had been already eclipsed by its first American use in July 1918, the US Air Service did not have alternatives.  The DH4 holds the distinction of being the only fully American-built land warplane to see action in the war.

This model comes in two scales: 1:144 and 1:285/6mm/1:288.   The 1:285 product contains two aeroplanes and uses detachable, translucent propeller disks rather than propeller blades.  They are joined by disposable links to keep the price down, since single-part models are more affordable.  You can break the links with nail clippers, wire cutters, or similar.

See also the British D.H.4 model with a Rolls-Royce engine. 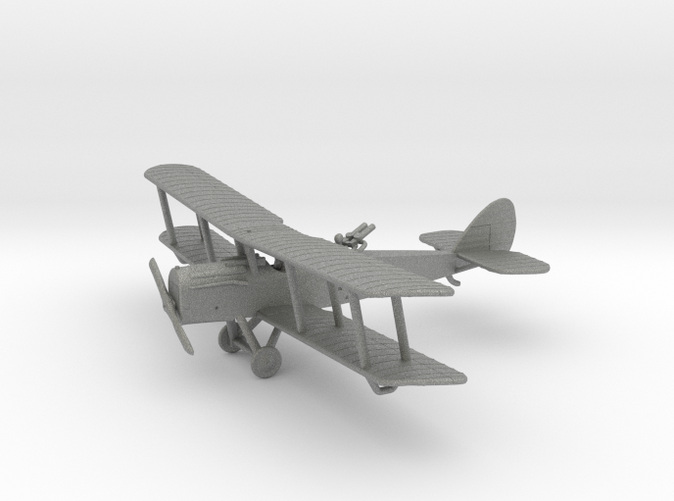