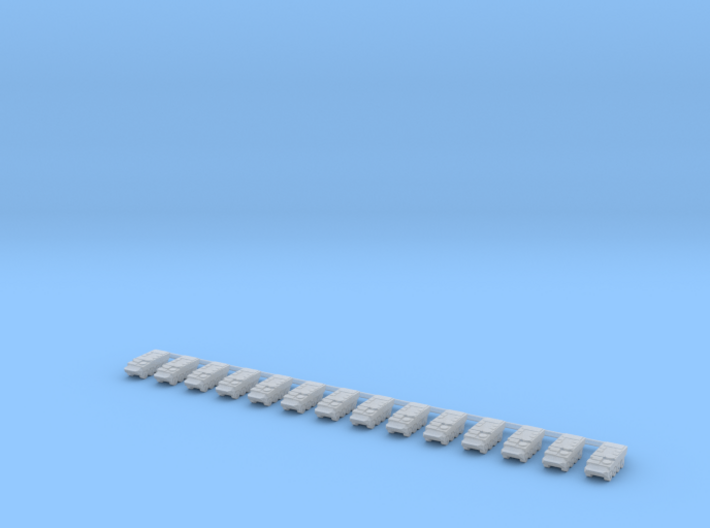 This model is in 1/700 scale. It includes 14x Pandur II Armoured Personnel Carriers. The individual vehicles are connected as a single sprue by wires at the rear of the vehicles. Once the wires are cut the vehicles do not require any assembly or finishing.There are three available versions of this model, this one without a turret or mount (VBR Pandur II - Transporte de pessoal com metralhadora 12.7), another one with the Samson Remote Weapons Station, and another with the MK30-2 in a SP30 turret.

According to Wikipedia: "The Pandur II 8x8 is an improved modular all-wheel-drive version of the Pandur 6x6 APC wheeled armoured vehicle. It was developed as a private venture by the Austrian company Steyr-Daimler-Puch Spezialfahrzeuge and is currently in production for the Portuguese Armed Forces. Steyr-Daimler-Puch Spezialfahrzeuge is part of General Dynamics European Land Combat Systems, which is also the parent company of MOWAG of Switzerland and Santa Barbara Sistemas of Spain." 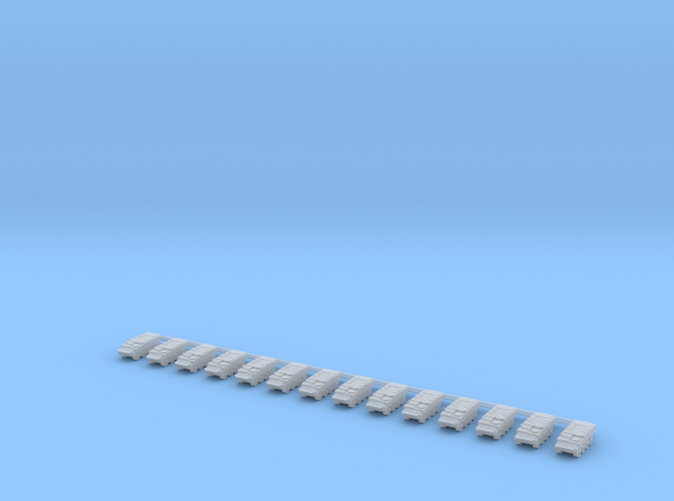