This form is a study of the nature of spacetime itself. It is based on Buckminster Fuller's work with the Vector Equilibrium. If you would like to learn more about geometry and the new physics I highly recommend
the Resonance Projects Delegate Program here 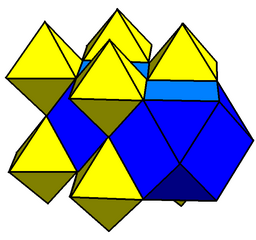 As shown in the image above, space can be tiled with a combination of Vector Equilibriums (aka Cuboctahedrons) and Octahedrons in the spaces inbetween. As Fuller showed using rubber connections at the vertex the cuboctahedron can be collapsed down into the octahedron, so these two forms are intimately related to each other.

Above is an animation of what I am talking about. When the red forms are cuboctas the blue are octas and vica versa.

Studying and becoming familiar with this form can profoundly deepen your understanding of the way things fit together in the Universe. The pulsation between these forms is one of the primary movements of the geometric substructure of manifestation 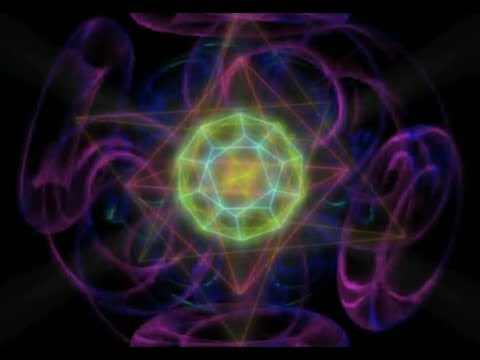