This little ship is a typical inland motor freighter designed in middle of the 1920es for european rivers. These were very numerous on Rhine, Danube, Seine, and all other waterways. These would also be found in coastal ports in major river estuaries, bringing the goods from inland factories, supplies and fuel to be exported on ocean ships, or picking foreign goods for inland customers.

This particular ship is based on the plans published in 1928 Werft Reederei Hafen magazine. A pair of fast inland motor ships, Cimbria and Normannia were built for N.V. Reederij v/h J.H.Koenigsfeld, Rotterdam in german Maschinenfabrik Christof Ruthof, Mainz-Kastel and Regensburg in 1928. These were designed to serve the overseas goods export business of the owners, bringing the cargo loads to Rotterdam from such major industrial centers like Strassburg, Frankfurt or Basel. They were built for rapid turnaround, and high speed for an inland ship. They were between the first diesel driven inland ships, as diesel engines made a good progress in the mid-20es, and were much easier to operate, reducing the harbor time. 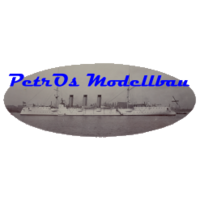