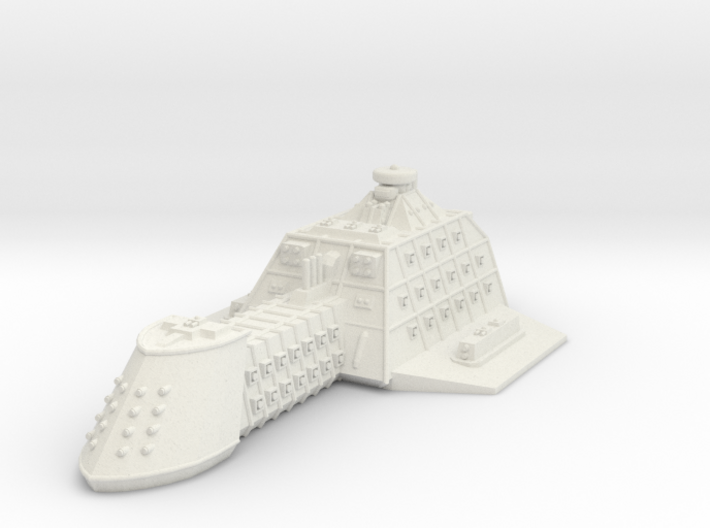 The first of the next generation of capital ships, the Dûn Morogh Battle Cruiser is the first vessel of a series intended to eventually replace the dreadnoughts currently in service, especially as combat losses mount. Larger than the older Thorin Dreadnoughts, but smaller than the old, massive Zakhad Battleship, the Dûn Morogh nevertheless approaches the latter in combat effectiveness.

Unlike the older vessels, the Dûn Morogh’s contemporary design philosophy does not rely on broadside fire supplemented with missiles and railguns, but on sheer plasma battery fire alone, granted 360º coverage. While it trades off any long-range capability, the effectiveness of the previous generation’s missile cover was found to be insufficient in small engagements.

Though almost as heavily protected as the battleship it is intended to replace despite being three-quarters of the size, the Dûn Morogh nevertheless pays a price for its heavy armament and defences, being a slow and cumbersome. 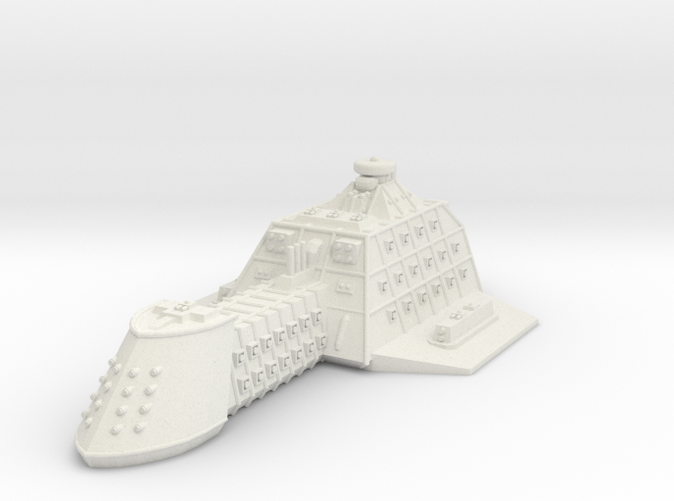