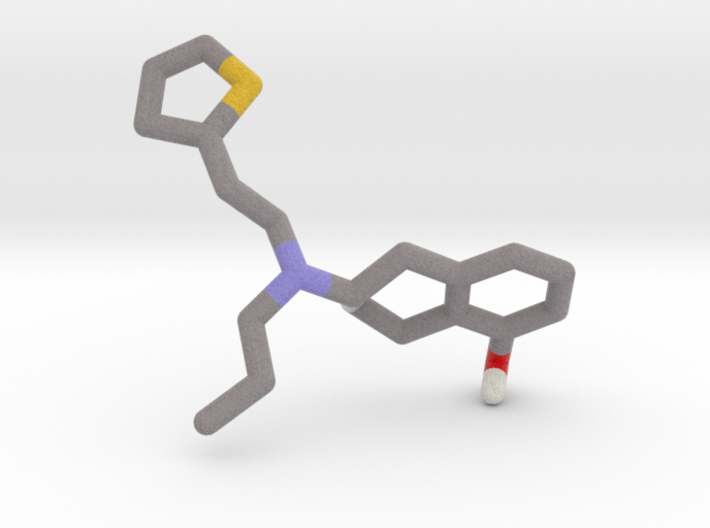 MolecularYou
$18.94
3D printed in fully colored material with a coarse finish and a delicate feel.

Rotigotine (Neupro) is a dopamine agonist of the non-ergoline class of medications indicated for the treatment of Parkinson's disease (PD) and restless legs syndrome (RLS). Rotigotine was first developed in 1985 as N-0427 by a team from the University of Groningen. Development was then continued by Aderis Pharmaceuticals. In 1998, Aderis licensed worldwide development and commercialization rights for rotigotine to the German pharmaceutical company Schwarz Pharma (today a subsidiary of the Belgian company UCB S.A.). Rotigotine is known to exist in two polymorphic forms that have significantly different properties. See “Unexpected Polymorphism with Predictable Overall Monotropic Behavior." Rietveld IB, Céolin R, J Pharm Sci. 2015 Dec;104(12):4117-22. doi: 10.1002/jps.24626 and “Novel polymorphic form of rotigotine and process for production”, Hans-Michael Wolff, Luc Quere, Jens Riedner US 20090143460 A1. This item is "Form I".

What's in the box:
Rotigotine Form I 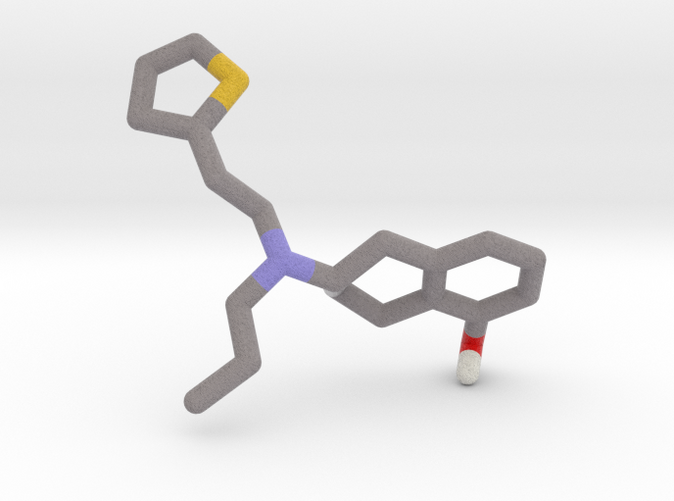 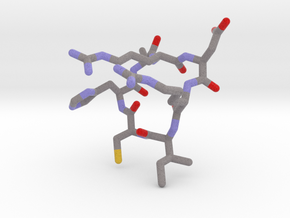 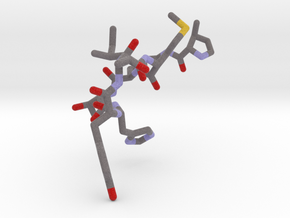 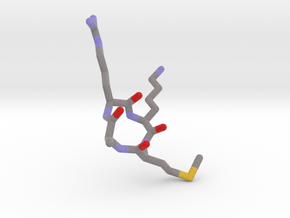 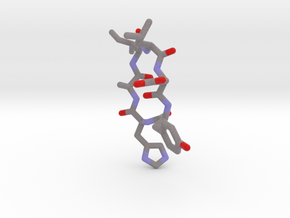