[replacement turret used in photo as original was lost...]

The Trojan Class System Defence ship was first commissioned in the early days of the Zydrisn System Empire. Based around the hull of a class of heavy transport ships ubiquitous in the system, the design was easily propagated and many tranporters were refitted and thrown into the void as fire support ships in the service of the Zydrisn System and the greater Imperial Sphere.

Though it is easily outclassed by dedicated warships, the robust design and the shear number and ease of repair to these class of ships mean the Trojan class will yet see many hundreds of years of war to come.

This model includes 1 x Trojan Class Hull, 1 x Laser defense turret and 2 x Gun Battery modules. It is scaled to your favourite fleet based games such as Battlefleet Gothic and Firestorm Armada. 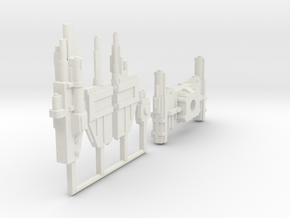 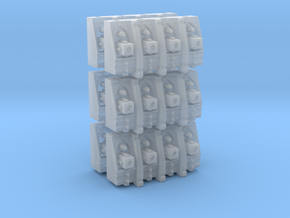 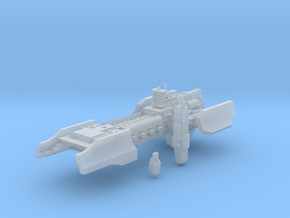