Ask us about bulk pricing   CONTACT US
Marketplace Games Dice A newer version than the other picture, though the light is not great. 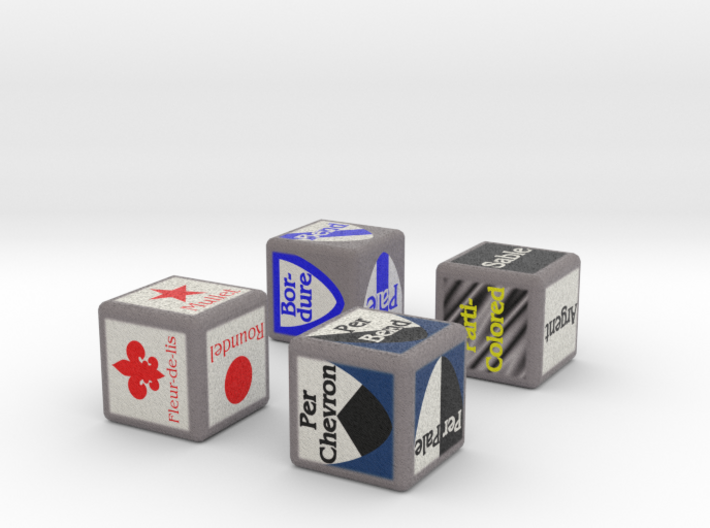 bliku
$51.48
3D printed in fully colored material with a coarse finish and a delicate feel.

Wondering about the details, etc... Maybe things should be different. Four dice, color-coded to tell them apart easily (most of the time).

One die is tincture: has Or, Argent, Sable, Gules, Azure, and "Parti-Colored", i.e. you'll have to roll the parti-color die for the treatment.

That die has Per Pale, Per Fess, Per Bend, Per Cross, Per Saltire, Per Chevron.

Then there's a die for ordinaries: Pale, Fess, Bend, Cross, Saltire, and Bordure. Presumably for the color of the ordinary you roll the tincture die (possibly re-rolling if parti-colored and you want a solid ordinary, or to conform with the tincture rule)

And a die for charges: Roundel, Mullet, Billet, Lozenge, Shakefork, and Fleur-de-lis (chosen mostly at random).

I guess you could roll an ordinary d6 (or d-whatever) for how many of the charge there should be.

Obviously this can't handle everything. There might be "expansion" sets with furs and lines of partition and such, and more charges, but you'd have to work out when to roll those yourself.

What's in the box:
Complete Set of Blazonry Dice 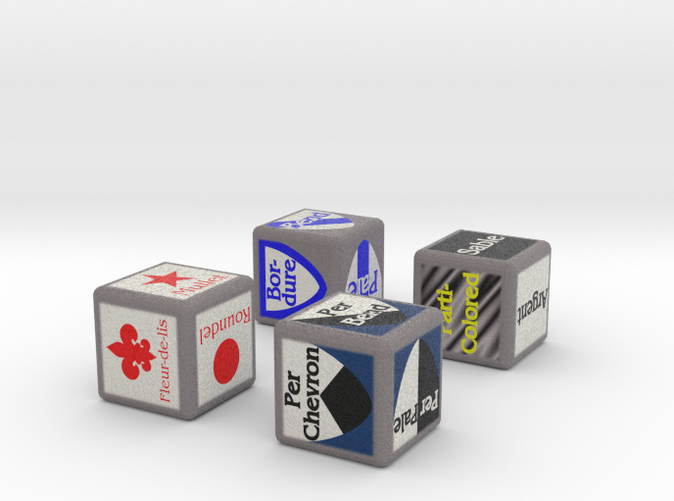 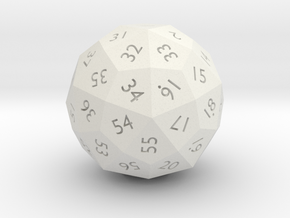 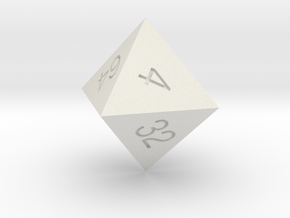 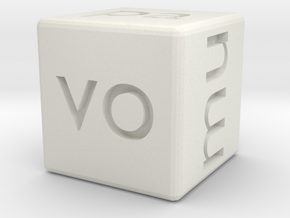