Bull
A bull is an intact (i.e., not castrated) adult male of the species Bos taurus (cattle). More muscular and aggressive than the female of the species, the cow, the bull has long been an important symbol in many cultures, and plays a significant role in both beef ranching and dairy farming, and in a variety of other cultural activities.The female counterpart to a bull is a cow, while a male of the species that has been castrated is a steer, ox[1] or bullock, although in North America, this last term refers to a young bull[citation needed], and in Australia to a draught animal. Use of these terms varies considerably with area and dialect. Colloquially, people unfamiliar with cattle may refer to both castrated and intact animals as "bulls". A wild, young, unmarked bull is known as a micky in Australia.[2] Improper or late castration on a bull results in it becoming a coarse steer, also known as a stag in Australia, Canada, and New Zealand.[3] In some countries, an incompletely castrated male is known also as a rig or ridgling. The word "bull" also denotes the males of other bovines, including bison and water buffalo, as well as many other species of large animals including elephants, rhinos, seals and walruses, hippos, camels, giraffes, elk, moose, whales, and antelopes. 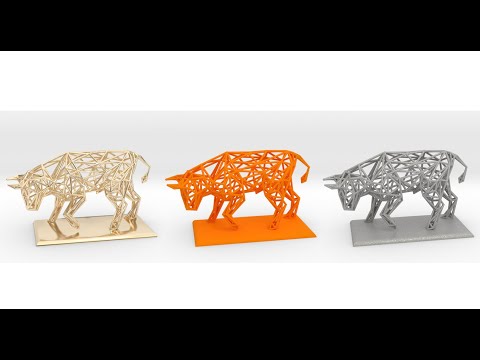