(click text to read more) Pendant received and ready for painting! Highlighting the textures against the black background will give the piece an instant antique look. Adding beads & findings with jump rings will add movement & refine personal style. 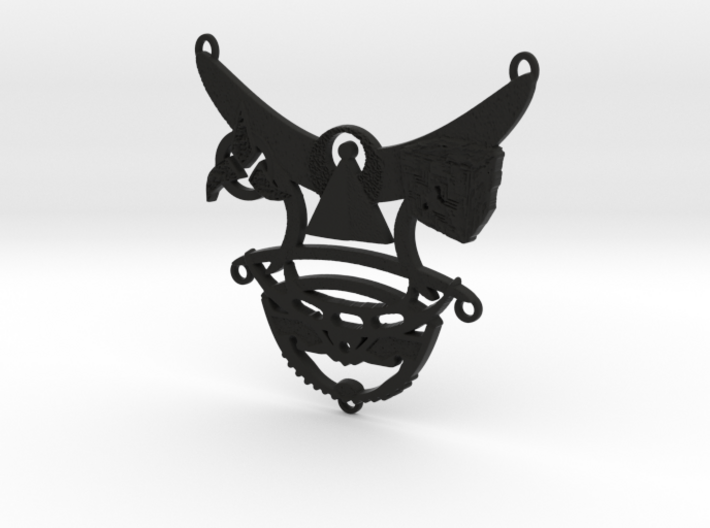 To Vanquish Thy Enemies

Silvergence
$15.52
3D printed in black nylon plastic with a matte finish and slight grainy feel.
Want to complete your necklace? Add A Chain

For those who march beneath the Raptor’s wings (aka: Romulans) knowing thine enemy is imperative. Little known fact, adornments representing races most despised by the Xenophobic Romulans were often given to young offspring as a way to always remind them of their superiority and to treat other species with disdain.

Some historians speculate that family history influenced the design of these articles which is why there is no set pattern to the races represented. Vulcans and Klingons predominate but depictions of Nausicaans, Breen, Cardassians or others usually indicates an ancestral connection for a particular family.
Loop cord through the unisex pendant’s open rings, it’s one of
the ‘Add A Chain’ options offered by Shapeways.
Note: Designed only for Strong & Flexible plastic because I wanted a large piece
with Romulan flair to hand-paint for myself. After painting I’ll add findings & beads
to the three open rings to give the piece some movement & sparkle.
Image: Romulan Talisman Large.png 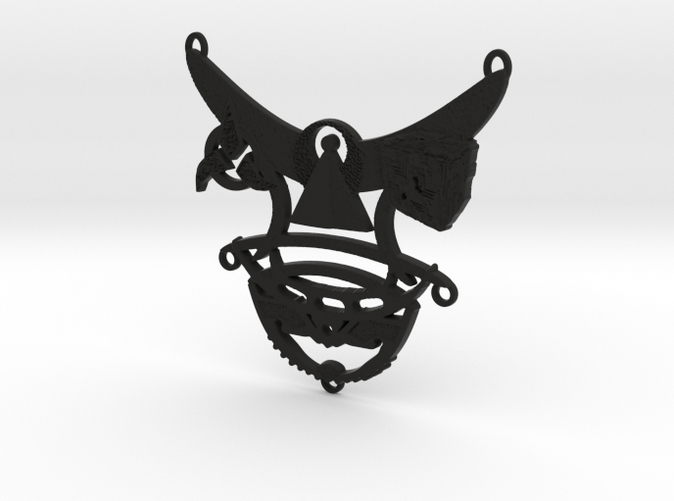 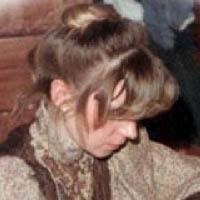 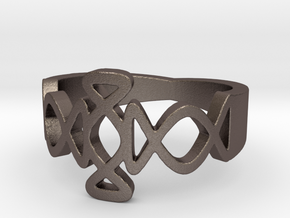 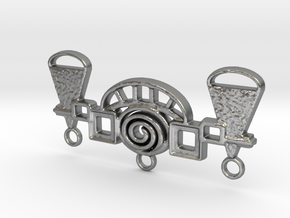 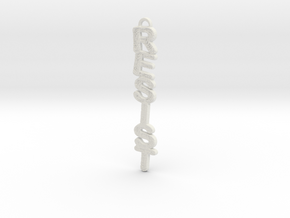