Designtech Architects & CGI
$58.11
Ships as soon as 12 days
3D printed in plated in nickel for a silvery hue then polished to a mild sheen with visible print lines.

Individual pawns are referred to by the file on which they stand. For example, one speaks of "White's f-pawn" or "Black's b-pawn". Alternatively, they can be referred to by the piece which stood on that file at the beginning of the game, e.g. "White's king bishop's pawn" or "Black's queen knight's pawn". It is also common to refer to a rook's pawn, meaning any pawn on the a- or h-files, a knight's pawn (on the b- or g-files), a bishop's pawn (on the c- or f-files), a queen's pawn (on the d-file), a king's pawn (on the e-file), and a central pawn (on the d- or e-files).
Unlike the other pieces, pawns cannot move backwards. Normally a pawn moves by advancing a single square, but the first time a pawn moves, it has the option of advancing two squares. Pawns may not use the initial two-square advance to jump over an occupied square, or to capture. Any piece immediately in front of a pawn, friend or foe, blocks its advance. In the diagram, the pawn on c4 can move to c5; the pawn on e2 can move to either e3 or e4. 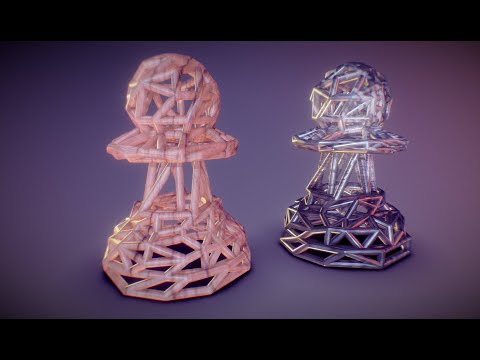