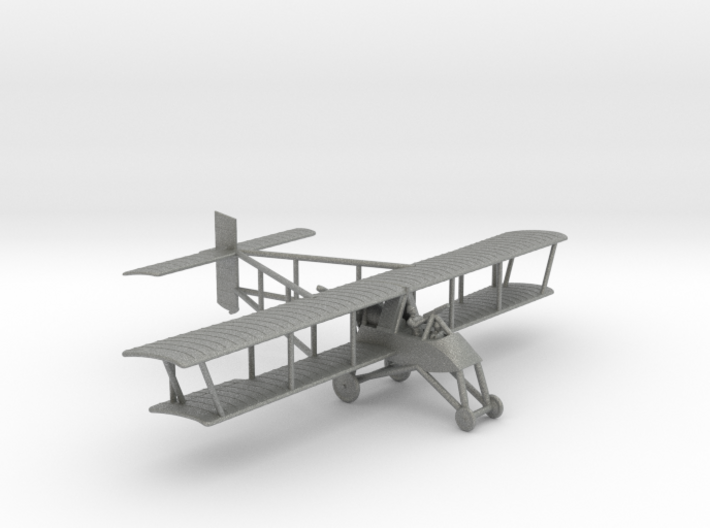 The Voisin 1 and 2 were clearly underpowered, but an experiment mounting the 120hp Salmson radial engine proved to be a great boon in the Voisin 3. The nacelle was strengthened to support the larger engine and changed to all-metal and the undercarriage was strengthened to handle the load while landing. The gunner worked from the rear seat using machine gun mounts over the pilot's head and at the leading edge of the upper wing. It was also known as the Voisin LA. On many planes the engine was elevated, and that configurtion was known as the Voisin LAS.

The Voisin 3 found its niche as a bomber, and through 1915 Voisin 3's in army cooperation escadrilles were replaced with Farmans and Caudrons so that Voisins could be concentrated in bombing units. By early 1916 they were being replaced by the Voisin 5, a process that was complete by mid-spring.

Belgium purchased 12-15 Voisin 3s and sent them to Esc. 6 and 3 until they were replaced by Farman F.40s in late 1916. Italy bought several before deciding to produce more than one hundred of their own, with deliveries beginning in early 1916, where they equipped 5ª, 7ª/27ª, 25ª, and 37ª squadriglias, serving through 1917. Romania obtaind eight in 1915 where they served through late 1916. Russia purchased around eight hundred and built four hundred of their own and they saw wide use throughout the war, including many built by Dux. They were used by Ukraine and the Don Cossacks during the Russian Civil War. The UK purchased or manufactured several dozen but did not send them into active service.

This product comes in both 1:144 and 1:285/6mm/1:288 scales.  The 1:285 product uses  a propeller disk instead of propeller blades, which are difficult to print at the smaller scale.   The 1:144 features an observer's gun, since the Voisin 3 was one of the first armed aircraft, but the gun cannot be reproduced at the smaller scale.

For more information and gaming aides on the Voisin 3, see https://linen.miraheze.org/wiki/Voisin_3. 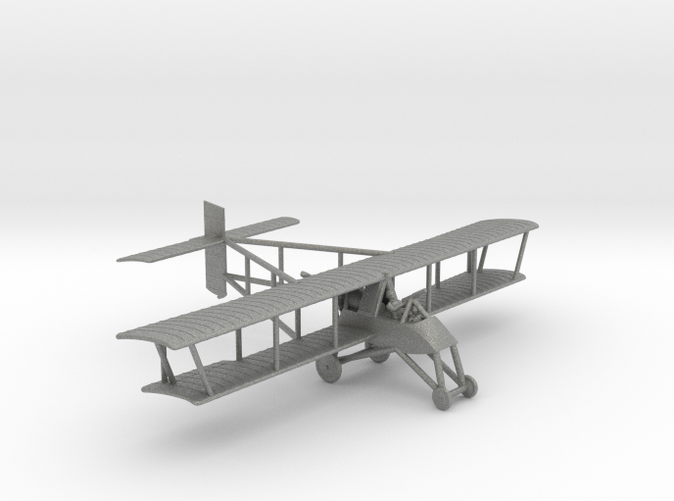