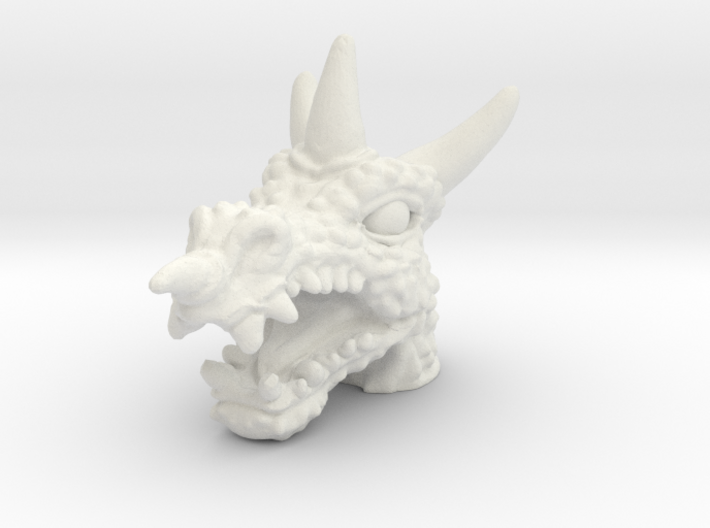 Prize Inside by The Octavirate Forge
$14.34
Ships as soon as 4 days
3D printed in white nylon plastic with a matte finish and slight grainy feel.

Replacement action figure heads based on Dragoon from the classic MOTU-Play-Alike "Galaxy Warriors" and numerous other knockoff lines in the 80s and early 90s, including the infamous Turly Gang, where this face was referred to as Dragenius.
-
This item is availabe in a four-pack consisting of Mace Ape, Iguana, Dragoon and Dino-Man, here.
-
This Item Comes in Multiple Sizes:
-
Extra-Small -  Mega-Construx Compatible Heads (set of 2).
Small - 3" scale heads  (set of 2) with a Glyos-compatible peg, designed for use with Spy Monkey Creations' Battle Tribes Figures.
Medium - 5.5" scale head  (single) with a port designed for compatability with Funko-produced 5.5" figures (Thundercats, DC Primal Age). Remove original head (heat-softening works best), then paint and pop on the replacement head. Due to figure production variations the fit may vary. If the head does not reasily pop on, light sanding of the interior port should allow for a smooth fit. If too loose, a few coats of paint or closscoat will tighten the fit.
-
Why Sprued sets? - Shapeways minimum pricing means that for smaller scale parts, such as the Glyos and Mega-Construx compatible heads, multiples of a single item are often roughly equal in cost to a single item. To provide maximum value, extras are included.

What's in the box:
dragoon-funko 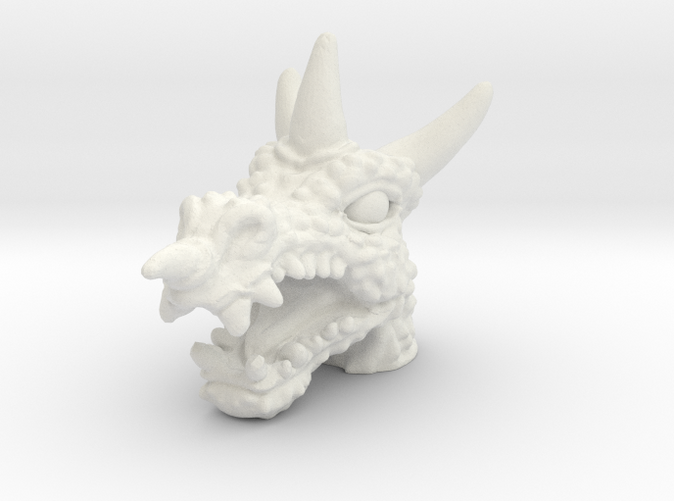 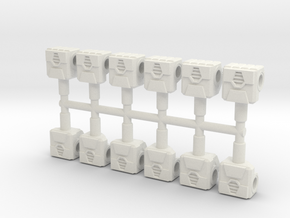 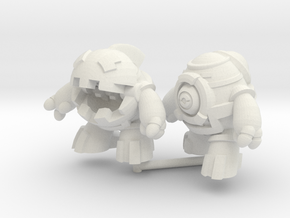 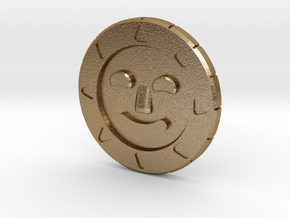 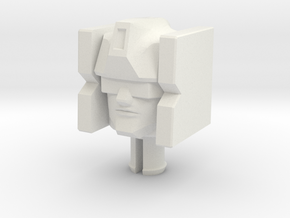