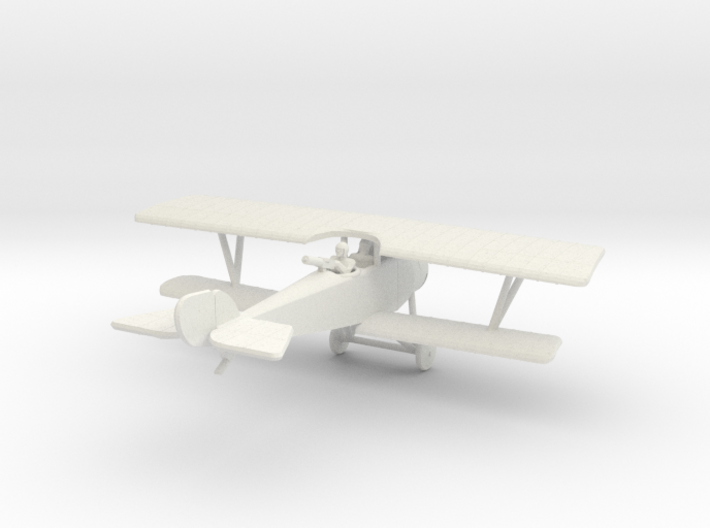 This is the Beardmore version produced for the RFC/RNAS, with full engine cowling, rounded front fuselage, and fixed tail fin.  Several variants of the Nieuport 12 are also available:  the standard model, a two-gun variant, a single-seater fighter, and the 12bis.

This product comes in 1:144 and 1:285/6mm/1:288 scales.  The 1:285 scale product contain two aeroplanes and contains detachable, translucent propeller disks rather than propeller blades.  They are joined by disposable links to keep the price down, since single-part models are more affordable.  You can break the links with nail clippers, wire cutters, or similar. 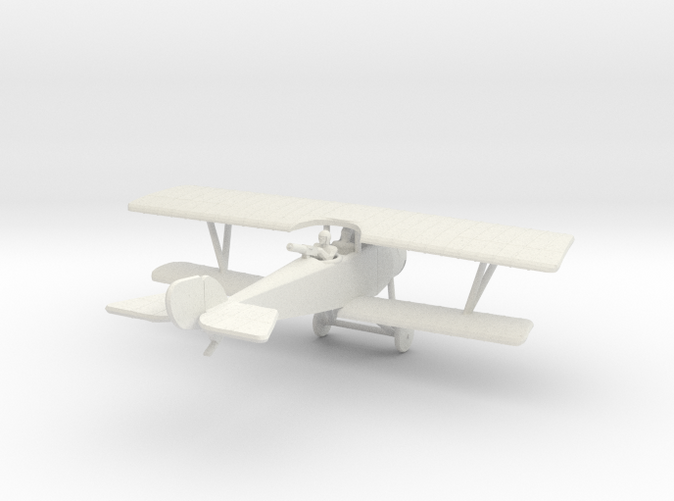