Workout Cube is a regular 3x3x3 Rubik's Cubes that requires a lot of force to turn. Its is meant for practicing speedcubing. It is a bit similar to altitude training for athletes and ankle weights for dance practice. In the early days, the top speed cubers used to be guitar players with strong fingers. Imagine training with this heavy rough cube, and then doing a speed run with a real Dayan!

The first version of this puzzle had friction plates to dampen the rotation of the centers, using vaseline as viscous dampening fluid. Unfortunately, the force was insufficient to impress speedcubers. A typic comment was "my Rubik's band cube is worse".

This new version of this puzzle uses six tiny gear boxes with planetary gears. The gearing ratio is 7-10-25, so the little spinner turns much faster than a face, thus increasing the friction significantly.

The idea for this puzzle came up in a discussion between Ulrich Meffert (the son of ...) and Oskar. Currently, speed-cubing is incomprehensible to watch, as it goes too fast to understand the solution approach used. A commentator could not keep up with the solver to provide commentary. One solution would be to provide commentary on a solving video in slow motion. Another solution would be to slow the solver down. As each turn takes a lot of force and time, the Workout Cube would force the solver to rethink solving algorithms, as now minimal-number-of-moves solution become more important than fast-to-finger-trick moves.

Please order a 3D-printed do-it-yourself puzzle kit from Shapeways at this page (check with Oskar about screws and stickers), or contact Oskar directly if you are interested in obtaining a fully colored, stickered and assembled sample of this puzzle. 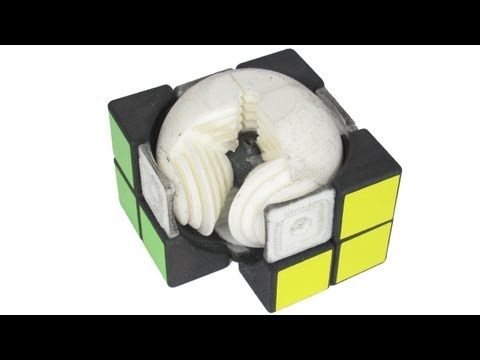 What's in the box:
Workout Cube 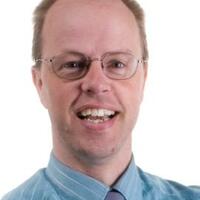