Alan Turing was a giant in the field of computer science. He created the idea of a Universal Machine---a device that could compute anything that could be expressed as an algorithm. His cryptographic work for the Allies in World War 2 arguably shortened the war several years. He went on to invent LU Decomposition and performed early research in mathematical biology, using reaction-diffusion equations to mimic biological morphogenesis.

This model is a shadowgram of the famous portrait of Alan Turing. From the back, it looks completely flat, but the front is raised such that light traveling through the piece generates an image of Turing. There is a convenient hole at the top of the plate from which to hang this piece, placed so that it will be perfectly level. 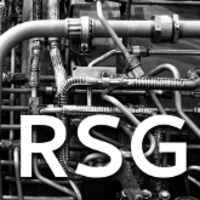