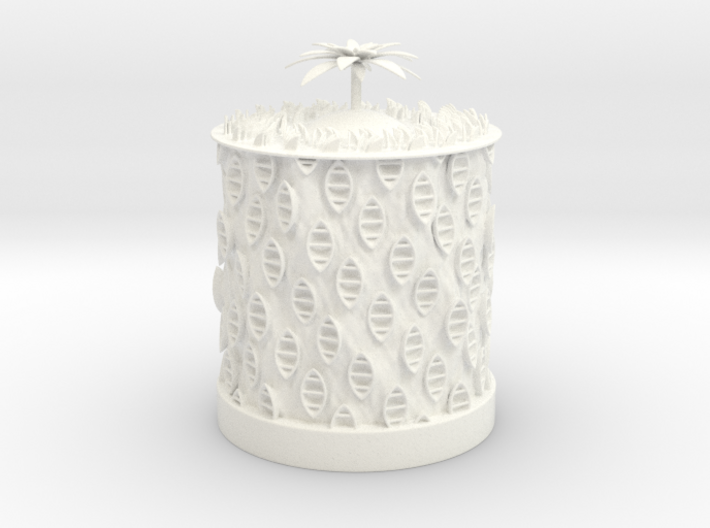 This sculpture is intended to be spun while iluminated by a strobe light flashing at just the right frequency.
It will then show a cylidrical world with a high traffic stormy ocean on the side wall and a shark besieged lonely island on top. On the island there is a palm tree that is rapidly growing new fronds while the older fronds move downward and finally disapear.

The video below shows a computer simulation of what it will look like. There is an improved version of this zoetrope with smoother waves in my Shop.

The trick is that the angle through which the sculpture rotates between frames is the Golden angle. This is an idea by John Edmark: He took a sequence of shape elements, each rotated with respect to the previous one through the Golden angle about a common axis and also moving in the radial/axial plane, while possibly changing form. So after a rotation through the Golden angle, each element is replaced by its successor in the sequence, yielding an animation. This specific angle has the property of producing evenly spaced arrangements of elements because it is based on φ, the most irrational number.

This design features two two new tricks for φ-based zoetropes, in addition to the basic idea by John Edmark and my additions presented with these 2 products:
1. Additive superposition of periodic height functions. The waves in the ocean are a superposition of several periodic patterns with different periods. Each one of these patterns (repeating i times around the circumference, with different i) drifts sideways with a per frame angular velocity given by the minimum absolute value of 2πj/i - ψ where ψ is the Golden angle and j ranges over the integers. The sign determines the direction of the drift. Superposing these waves gives a pattern that repeats only after a full revolution, yet seems to evolve continuously when animated by rotating the zoetrope. The phases and amplitudes of the waves depend randomly on the axial coordinate via Perlin noise.
2. Transition between patterns of different period. The sharks come in three groups: A periodic inner circle, a periodic outer circle (both contain a different Fibonacci number of sharks), and a transition zone where the radial velocity of the sharks is pointing outwards and the sideways velocity is interpolated between the sideways velocities of the two circles depending on the distance to these circles.

Help for building the electromechanical equipment required to animate the sculpture:
https://siquod.org/en/bloom
http://www.instructables.com/id/Blooming-Zoetrope-Sculptures/ 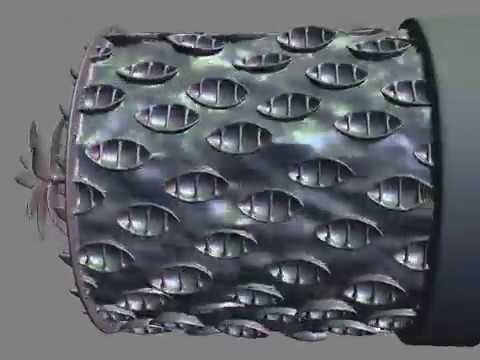 What's in the box:
Ocean Zoetrope 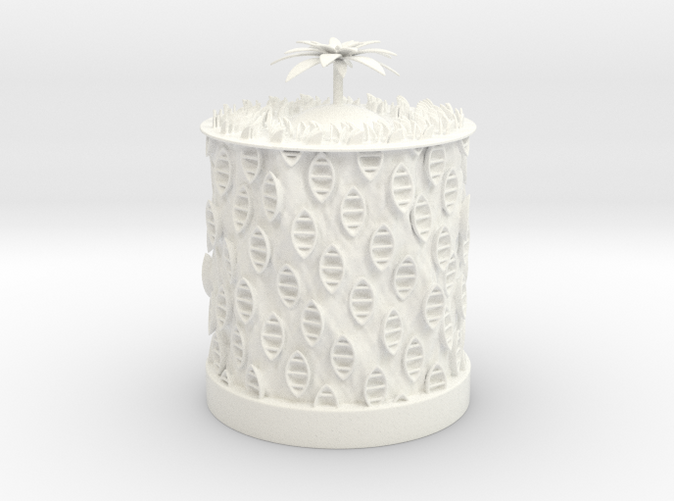 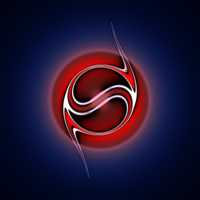 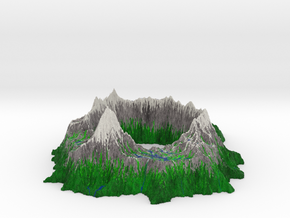 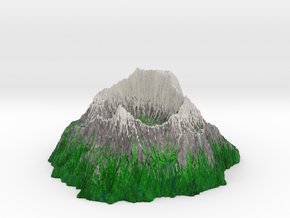 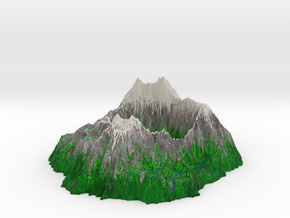 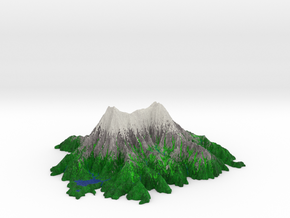