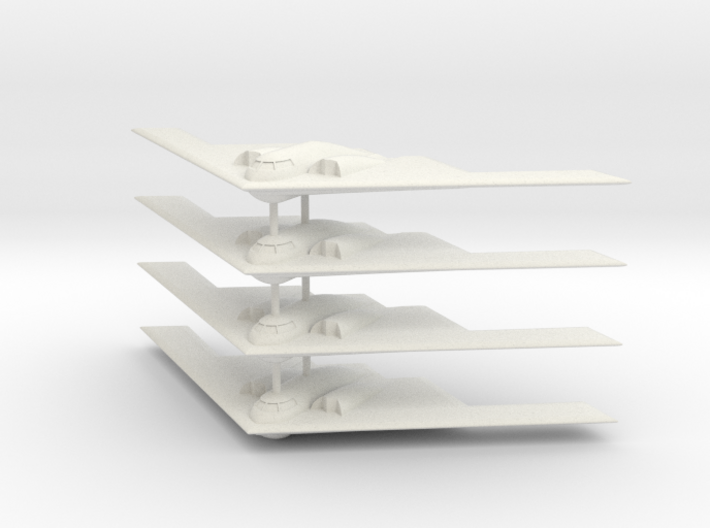 This model is in 1/700 scale. This version has the landing gear up. There is a second version that has the landing gear down. It is designed as a single sprue that connects the individual four bombers under it's base. Some minor work to remove the connecting wires is required to finish this model.

This is the second version of this model which is in slightly higher resolution than the pervious version.

Wikipedia says; The Northrop Grumman B-2 Spirit, also known as the Stealth Bomber, is an American strategic bomber, featuring low observable stealth technology designed for penetrating dense anti-aircraft defenses; it is able to deploy both conventional and nuclear weapons. The bomber has a crew of two and can drop up to eighty 500 lb (230 kg)-class JDAM GPS-guided bombs, or sixteen 2,400 lb (1,100 kg) B83 nuclear bombs. The B-2 is the only aircraft that can carry large air-to-surface standoff weapons in a stealth configuration. 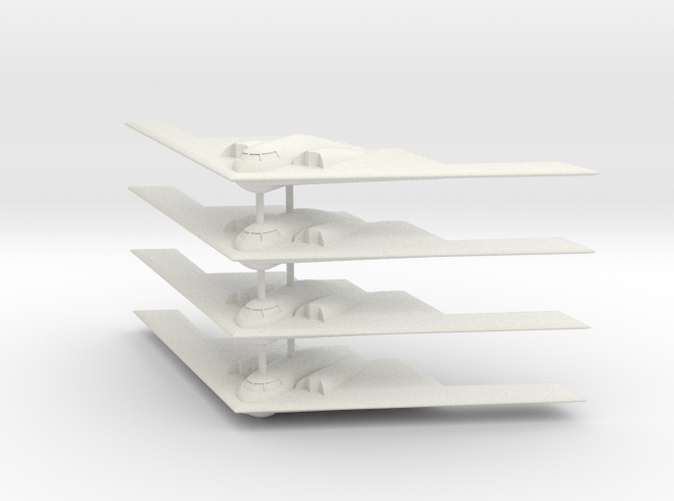 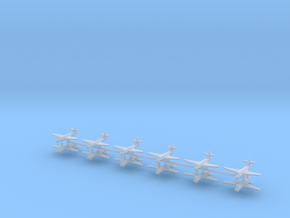 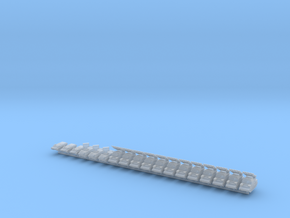 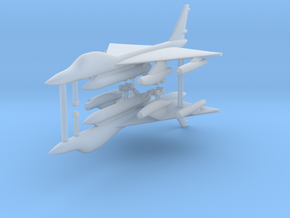 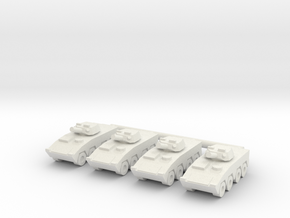