Please note this kit is designed specifically for the Hornby 0-4-0 chassis. This is commonly found under the Smokey Joe Caledonian Pug, Class 06, Guest Keen & Nettlefolds and GWR 101 locomotives. You will need the chassis without outside valve gear, as it will be too big for the body. You will need to shorten the length of the chassis to under 61mm, as it will then fit the body shell.

In order to fit the chassis to the body, you will have to glue two locating lugs to the cut down chassis. These are shown in the product pictures.

The GER Class G15 was a class of ten 0-4-0T steam tram locomotives designed by Thomas William Worsdell for the Great Eastern Railway. They passed to the London and North Eastern Railway (LNER) at the 1923 grouping, and received the LNER classification Y6.

They were used on the Wisbech and Upwell Tramway in East Anglia. They were later used elsewhere after being replaced by the more powerful GER Class C53 (LNER Class J70) 0-6-0Ts. 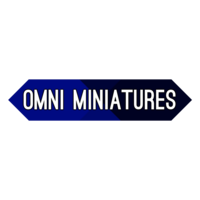