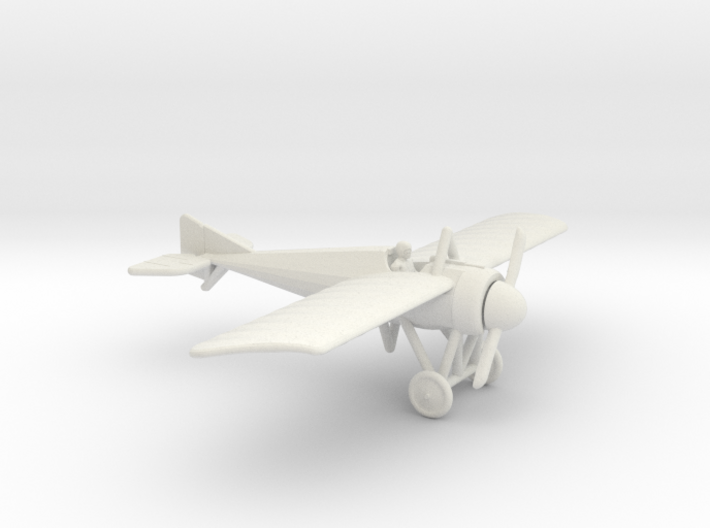 The Morane-Saulnier Type N Monocoque was one of the earliest fighters, featuring a fixed machine gun firing through the propeller. No synchronizer was used; instead, deflector plates were fitted to the propeller to shunt bullets harmlessly aside. A small number were built by France and intermingled with Type Ls in the second half of 1915. Some were probably built in Russia, though records frequently confuse the Type L, I, and N. About 27 were built and used by the RFC, where the plane was known as the "Morane Bullet".

This product comes in both 1:144 and 1:285/6mm/1:288 scales.  The 1:144 scale has a single aeroplane.  The 1:285 product comes with three aeroplanes, each with a removable propeller disk rather than propeller blades.  They are joined by sprues to keep the cost down.  You will have to carefully remove the sprues with snippers or nail cutters. 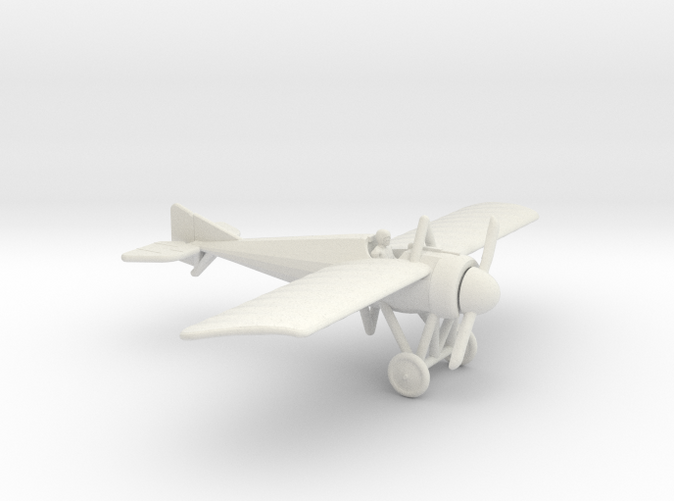