This is not a Dragon.It's KIRIN. Do you know the "KIRIN" ! It is a creature of illusion is the length of the beasts also the legend of the Orient. It is known as the errand of the holy God of about par with Phoenix. Personality, is said very quietly, and also calm, and appear when performing government king is better than ancient times. Called "Kirinji" in the sense that the child prodigy children with talents from childhood in humans from it. KIRIN image of wings are present in Nihonbashi, Tokyo. Means prosperity, originally, is no Wings is a KIRIN, but is said to have wings a meaning this wings trotting space-time that way fry over Japan from here. This wings trotting spacetime incidentally are garnished Kirin also decorative fine bridge not only this image. Was designed with the hope and as the person who put it to be happy. Roughly Size: America # 7.8-8, (England # O-P), (Italy # 55), (Japan # 15) number before and after. ● This product can be virtual try-on. I will be able to download the free app. (iphone / ipad) → jewelephana app (Free) ● blog updated daily 366 days! → Blog 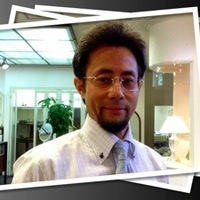