When the Dominion Jem'Hadar Battlecruiser first appeared on screen in DS9, it was represented by a CGI model. This first version had the wings (nacelle pylons) straight, running down in a steep angle down to the warp nacelles. When viewed from the front this looks like a flat, inverted V, that's why it is called V-Type in fandom. A later physical model and the accompanying new 3D model had the wings horizontally at first, then they bend downward towards the warp nacelles, forming a flat inverted U when viewed from the front. The U-Type. Officially, it is meant, that both versions are the same ship, but as the V-Type also appeared as a background ship in scenes together with the U-Type, they can both be considered two distinct types. There is an article about this on ex-astris-scientia.org. This model is the earlier V-Type. 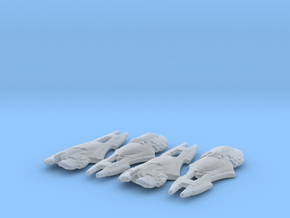 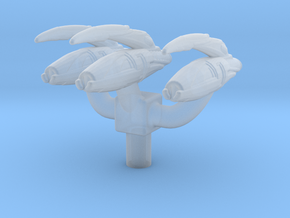 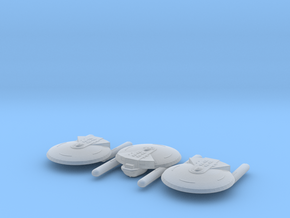 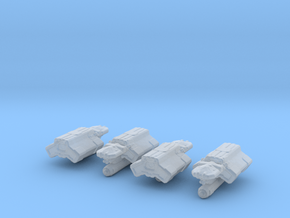