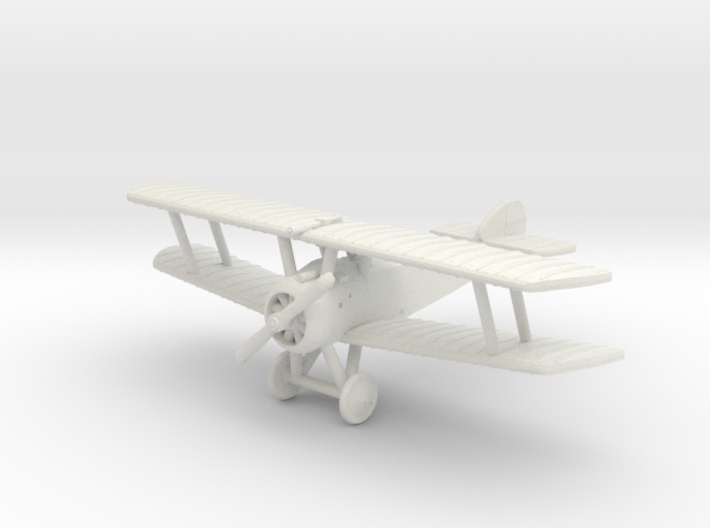 The RNAS Sopwith 2F1 "Ship's Camel" was successful not only in destroying German Zeppelins including L53, from the carrier Furious it formed the first aircraft carrier strike against German airship hangars. After the war, it served in the Russian Civil War and in the Baltic states.

It differed from the standard F1 Camel in being armed with a single synchronized Vickers gun as well as a Lewis on the Admiralty Top Plane Mounting, which allowed the gun to pivot both for reloading and for firing at an upward angle. The rear fuselage was separable for stowage and was filled with floatation bags; the wingspan was somewhat reduced; and the center struts were steel rather than wood. Deliveries started in Nov, 1917, and they operated from battleships, cruisers, and early aircraft carriers.

This product comes in 1:144 and 1:285/6mm/1:288 scales.  The 1:285 product contains four aeroplanes and detachable, translucent propeller disks rather than propeller blades.  They are joined by disposable links to keep the price down, since single-part models are more affordable.  You can break the links with nail clippers, wire cutters, or similar. 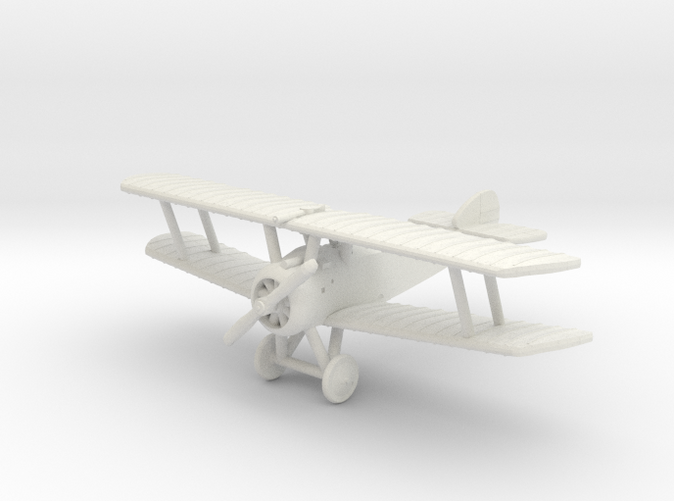