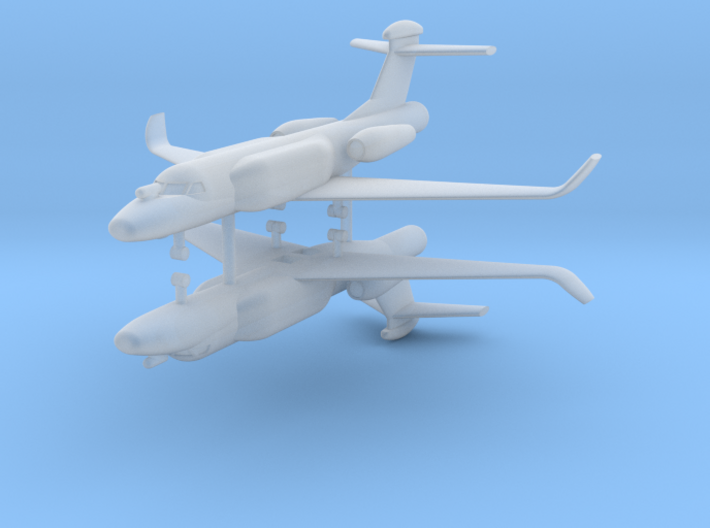 This kit is in 1/700 scale. It includes 2x Gulfstream G550 Conformal Airborne Early Warning. The aircraft are unarmed. They are connected as a single sprue by a wire under the main body of the aircraft. Once the wire is cut the aircraft do not require any finishing.

According to Wikipedia: "Israel has acquired a number of G550s, fitted with Elta's EL/W-2085 sensor package (a newer derivative of the Phalcon system) for Airborne Early Warning (AEW) use and named the aircraft Eitam. This aircraft is heavily modified for the AEW role by Gulfstream's partner, Israel Aerospace Industries (IAI), and is also called CAEW (Conformal Airborne Early Warning) by Gulfstream Special Missions Department. Israel has also acquired a number of G550s dubbed SEMA (Special Electronic Missions Aircraft) with systems integration also carried out by IAI. Singapore ordered four similar G550 CAEW aircraft equipped with the EL/W-2085 sensor package from Gulfstream and IAI." 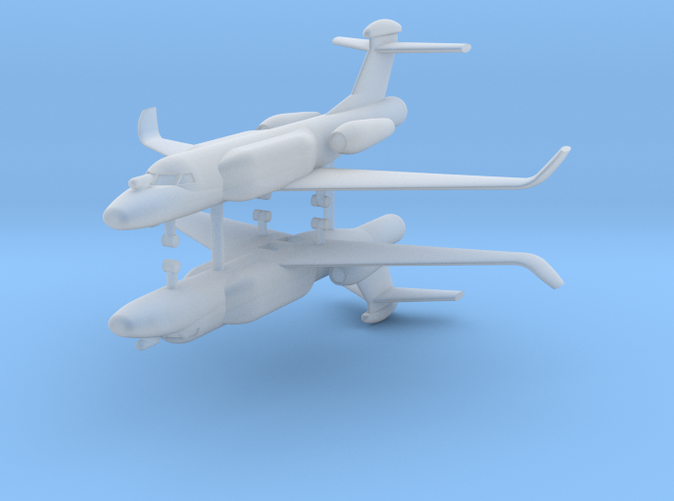