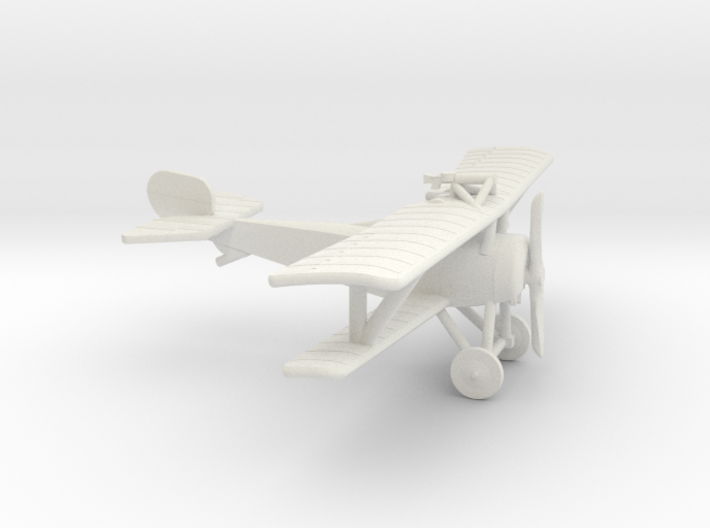 The Nieuport 21 was the combination of a Nieuport 11's 80hp engine and fuselage with the wings of a Nieuport 17.   It was probably originally intended as a trainer, but it was pressed into French front-line service along with Nieuport 17s.  Many were built or purchased by Russia growing from around 40 in spring of 1917 to over 70 in mid-summer.   Russian pilots were impressed by its manueverability.

Nieuport 21 came with either a fixed, sychronized Vickers machine gun or an over-wing Lewis, as is depicted on this model.

This product comes in both 1:144 and 1:285 (6mm/1:288) scales.  The 1:285 scale product contains two aeroplanes, both with detachable, translucent propeller disks rather than fixed propeller blades.  They are joined by disposable links to keep the price down, since single-part models are more affordable.  You can break the links with nail clippers, wire cutters, or similar. 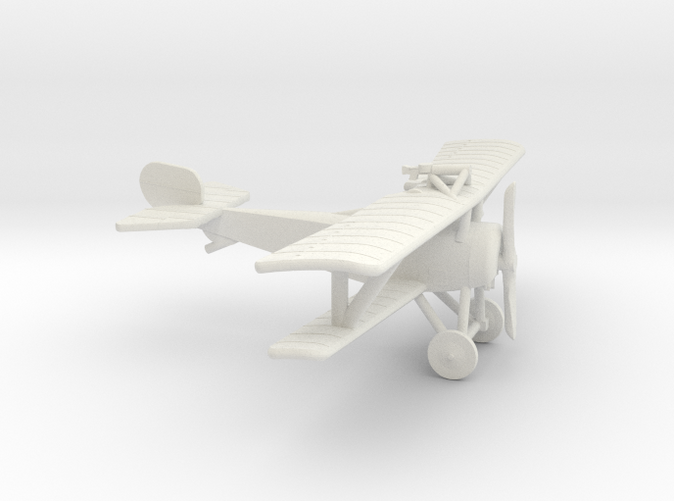