Gender reveals are a big thing for expecting parents, either to be surprised themselves or to surprise their relatives.

Current methods involve presents wrapped with blue or pink tissue paper inside, a frosted cake with colored insides, blue or pink balloons floating out of a package.  You get the idea, generally something blue or pink wrapped inside of a frilly present.

While the cake may be delicious, and the balloons fun to play with afterword – none of the current popular method involve breaking anything.

Enter the amazing 3D printed Gender Reveal box!  After receiving your sealed envelope from the Doc containing the gender – you can either order the appropriate Gender Reveal box yourself to surprise others, or hand the envelope to a trusted (and secretive!) friend to order one for you.

When the day for the reveal comes; first marvel at the wonders of 3D printing that allowed the token which says either “BOY!” or “GIRL!” to be created inside of a sealed box!  Second, postulate how amazing it is that you, or your wife, are current doing that exact same thing by forming a new baby inside them!

Finally, GRAB A HAMMER AND SMASH THAT BOX OPEN TO REVEAL WHAT THE GENDER IS!

Boxes are 1.5” square.  Small enough to fit in a hand, plenty big enough to hit with a hammer!

EVERY box contains TWO tokens.  This is to retain the element of surprise for those who may have twins.  If you buy a “BOY” box, it will have two tokens, but only one will say “BOY!” and the other will be blank. If you buy the “TWINS – BOY” box, both tokens will say “BOY!”

Blue and Pink are purposefully not allowed to be ordered, to avoid confusion.  A Pink box with a BOY! token would be very misleading. 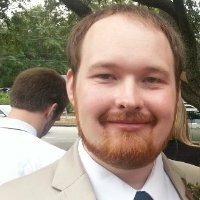