The American bullfrog (Lithobates catesbeianus or Rana catesbeiana), often simply known as the bullfrog in Canada and the United States, is an amphibious frog, a member of the family Ranidae, or “true frogs”. This frog has an olive green back and sides blotched with brownish markings and a whitish belly spotted with yellow or grey. The upper lip is often bright green and males have yellow throats. It inhabits large, permanent water bodies, such as swamps, ponds, and lakes, where it is usually found along the water's edge. The male bullfrog defends a territory during the breeding season. His call is reminiscent of the roar of a bull, which gives the frog its common name. This frog is native to southern and eastern parts of the United States and Canada, but has been widely introduced across other parts of North, Central and South America, Western Europe, and parts of Asia, and in some areas is regarded as an invasive species.

The bullfrog is harvested for use as food in North America and in several countries into which it has been introduced. It is also cultured in controlled environments, though this is a difficult and not always successful undertaking. Some international trade in frog legs occurs for human consumption. Bullfrogs are used in biology classes in schools for dissection and are sometimes kept as pets.

( Go to the below sketchfab link and go to details for more Links on this model  )
https://sketchfab.com/3d-models/north-american-bullfrog-bff42e41ad784a7f9de10457cb51fd1d 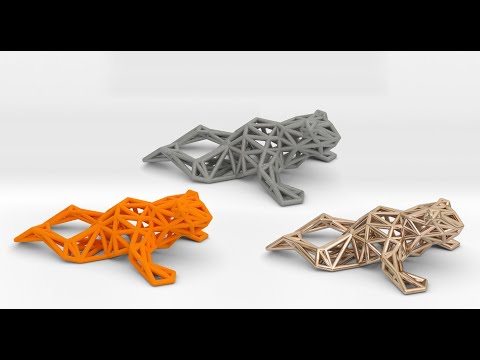