I created this specifically to be made in the new White Glazed Ceramic material offered by Shapeways. I may model a variation on this in other materials but it would have to be hollowed out; this miniature statue is solid.

An inukshuk in English or inukhuk in Inuinnaqtun is a stone landmark or cairn built by humans, used by the Inuit, Inupiat, Kalaallit, Yupik, and other peoples of the Arctic region of North America. These structures are found from Alaska to Greenland. This region, above the Arctic Circle, is dominated by the tundra biome and has areas with few natural landmarks.The inuksuk may have been used for navigation, as a point of reference, a marker for travel routes, fishing places, camps, hunting grounds, places of veneration, drift fences used in hunting  or as a food cache. The Inupiat in northern Alaska used inuksuit to assist in the herding of caribou into contained areas for slaughter. Varying in shape and size, the inuksuit have longtime roots in the Inuit culture.Historically the most common type of inukshuk is a single stone positioned in an upright manner. An inuksuk is often confused with an inunnguaq, a cairn representing a human figure. There is some debate as to whether the appearance of human- or cross-shaped cairns developed in the Inuit culture before the arrival of European missionaries and explorers. The size of some innaguait suggest that the construction was often a communal effort.At Enukso Point on Baffin Island, there are over 100 inuksuit. The area has been designated one of Canada's national historic sites. 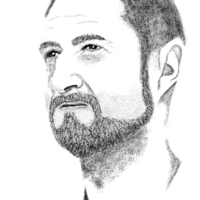