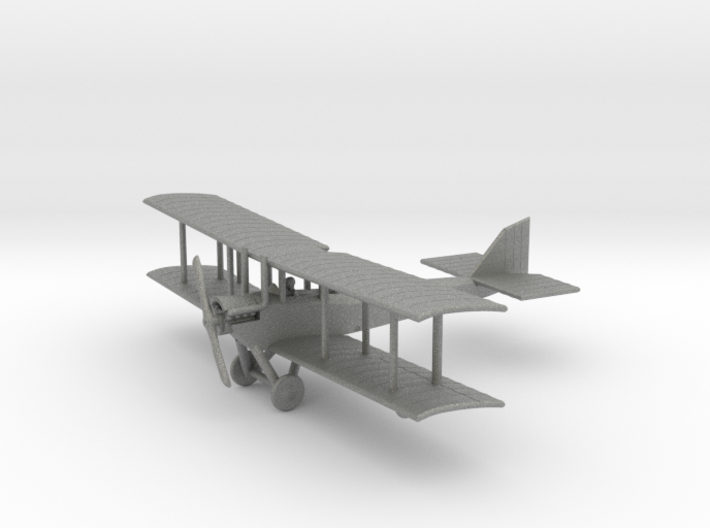 The design of the Airco D.H.6 was driven by one goal: creating a trainer that was easy to produce and maintain. Straight sided flying surfaces, interchangeable upper and lower wings and a flat top decking all were aimed at easy of construction. No one would call the result elegant or sleek. It did fulfill its aim of being a cheap and easily-produced trainer until replaced by the Avro 504K.

Later production models gave the wings ten inches of back-stagger and reduced the size of the rudder and elevators, which resulted in a slight improvement in speed.

Starting in late 1917, it also saw action in anti-U-boat patrols and thirty-four DH6 flights were formed. When a U-boat was spotted, a DH6 could do little to stop it, but the appearance of an aircraft overhead frequently forced the submarine to submerge, slowing its progress. Thirty-four flights operated the DH6 from coastal aerodromes including five manned by the US Navy.

This version is an early-model D.H.6 with parallel wings and larger control surfaces.  It comes in 1:144 and 1:285/6mm/1:288 scales.  In the 1:285 product you get two aeroplanes: one early-model DH6 and one later-model DH6.  At that scale, both come with propeller disks instead of blades, which you can break off if you prefer.  They are joined by disposable links.

For more details and gaming information on the D.H.6, see https://linen.miraheze.org/wiki/Airco_D.H.6. 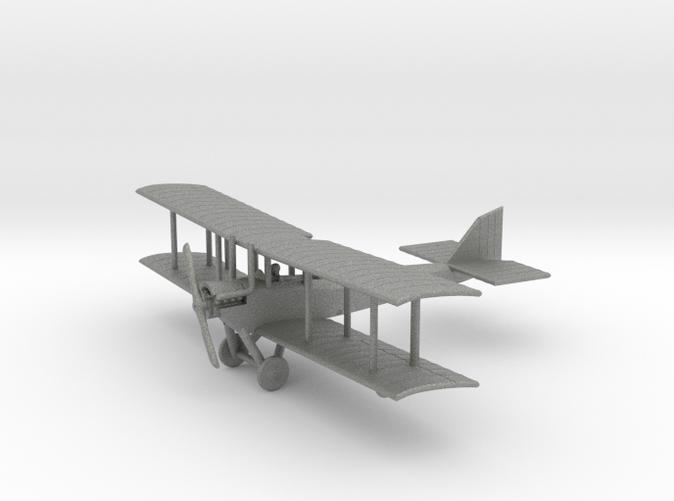