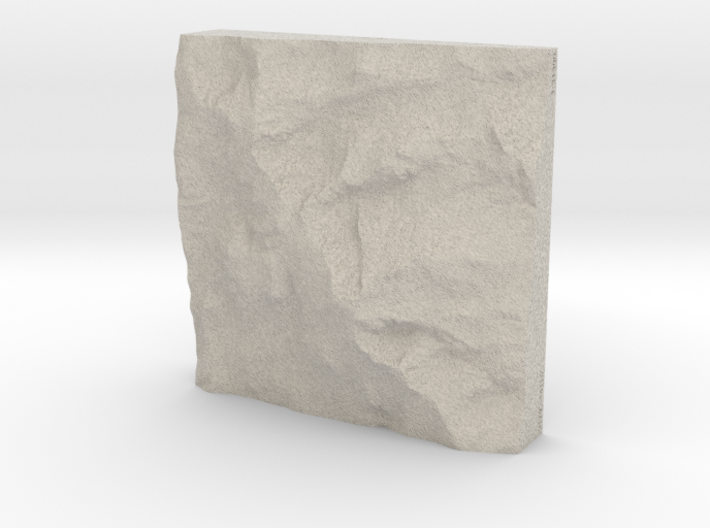 TinyMtn
$240.00
3D printed in delicate and grainy, with a coarse finish and sand-like color.

The most well-known of Colorado's 53 "fourteeners" (mountains exceeding 14,000'), Pikes Peak rises to 14,115' from a base of around 9000' just West of Colorado Springs. The mountain is named for Zebulon Pike, an explorer hired by Thomas Jefferson to explore the newly-acquired Louisiana Purchase. He was just 26 when his expedition first saw the mountain in 1806, which he named "Grand Peak." His party attempted to climb it, but was not equipped for the cold and turned back well before the summit. A carriage road up the mountain enabled the first automobile to reach the summit in 1901, the whole trip taking just over 9 hours. Now, racers in the Pikes Peak International Hill Climb use a much-improved road to make the trip in under 9 minutes.

Pikes Peak is just about driving: there is a bicycle race to the summit, a marathon up the Barr Trail, and a cog railway. In 1893, Professor Katharine Bates was so taken by the view from the top that she wrote the words to "America the Beautiful." She commented "All the wonder of America seemed displayed there, with the sea-like expanse."

The TinyMtn model of Pikes Peak encompasses just over 15 square miles of the mountain, including most of the Pikes Peak Highway and much of Barr Trail and the Manitou and Pike's Peak Railway. The Southwest-most corner of the model is just above Wilson Reservoir, but includes Bighorn Reservoir. Pikes Peak's south ridge is included all the way down to Sachett Mountain, around which the cog railway descends. Manitou Reservoir is just off the Northeast corner, but the model contains the valleys drained by North and South Fork French Creek. Glen Cove and Devils Playground, along the Northwest ridge, round out the model. 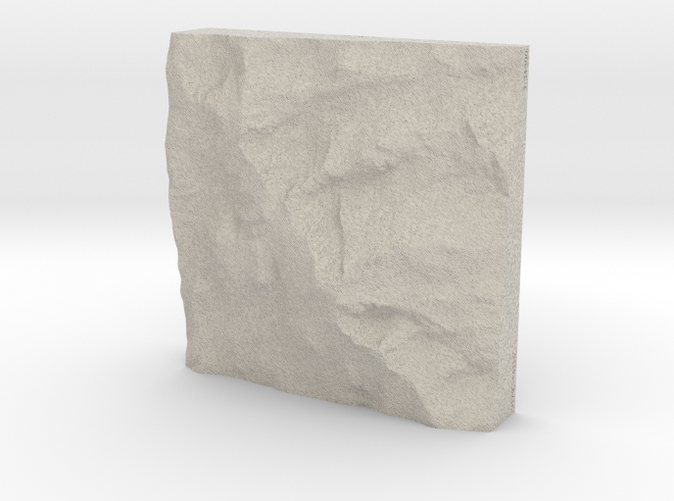 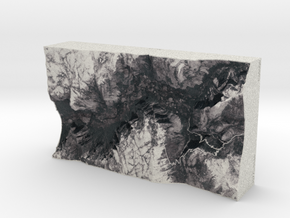